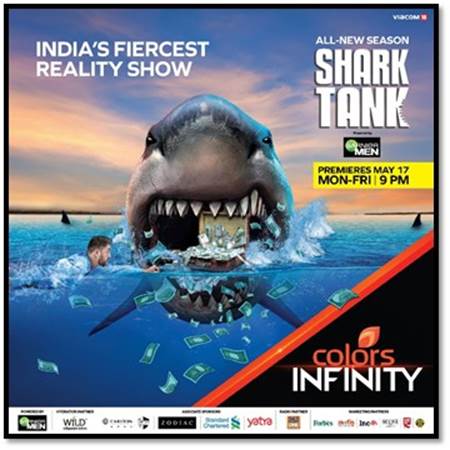 “The difference between successful people and really successful people is that really successful people say no to almost everything.” – Warren Buffet. Universally considered as the guru of the business realm, the words of Warren Buffet are a guidebook to live by for established and ambitious entrepreneurs. Trying to transform their entrepreneurial dreams into reality, many go-getters aspiring to become the next Steve Jobs or Mark Zuckerberg come to SHARK TANK to convince a panel of tough, self-made, multi-millionaire and billionaire tycoons known as Sharks to invest in their business. These entrepreneurs get only one opportunity to pitch their business proposition and persuade the Sharks to turn their dreams into reality. Bringing back the exhilarating viewing experience that will trigger the entrepreneur in you, COLORS INFINITY showcases Season 9 of viewers’ favorite Business – Entertainment show – SHARK TANK, starting Thursday, May 17, on weekdays at 9pm.

If only a business idea could thrive and succeed on the merits of its novelty and utility! Until such time, to turn those ideas into a viable and sustainable business these aspiring entrepreneurs need to raise funds. In a bid to secure funding for their business ventures, participants coming on the show will face the fiery and probing questions from some of the most prominent, respected and fearsome set of business magnates.

The start-up world is like a pool of opportunities where a great concept can either get lost in translation or turn into a business giant. Here are some businesses that managed to carve a niche and impress the Sharks on season 9;

Showcasing another season full of remarkable inventions and insightful expert advice, Hashim D’souza – Head of Programming, English Entertainment, Viacom18, said, “SHARK TANK is the most revered business-entertainment reality show on television not only in the US but also internationally. With India’s expansive start-up culture and deep-rooted business mindset, SHARK TANK has become one of the most-watched shows on the channel, since the season 1 premiere on COLORS INFINITY. But the sterling performance and appeal of SHARK TANK doesn’t stop there, with the show finding a fanbase across age groups and milieu with its unique approach to reality television. Through this show, the channel goes beyond its staple English Entertainment audience by entertaining, educating and motivating while staying real and relevant. A crash course in the ‘Perfect Pitch’, Season 9 of SHARK TANK will be a class of Business:101, that further ups the ante for reality-entertainment shows on Indian television.”

Tune in on Thursday, May 17 at 9pm to watch the premiere of Shark Tank Season 9 powered by Garnier Men to witness great minds chase their dreams and the Sharks follow the money trail on weekdays only on COLORS INFINITY. 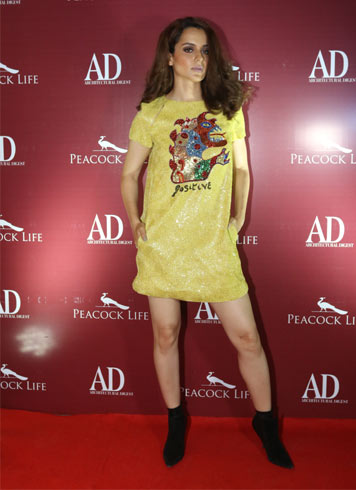