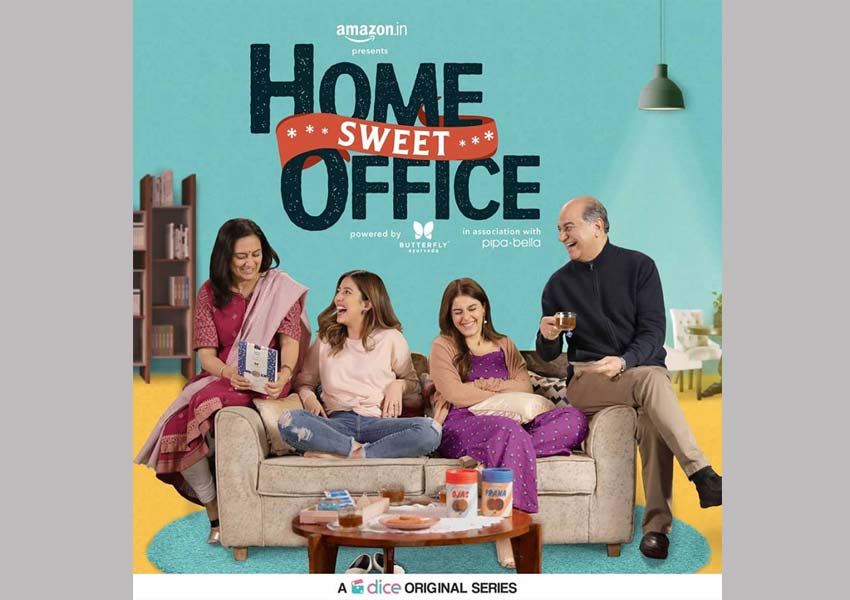 Home Sweet Office is an amusing entertainer from Dice Media, where two cousins from Delhi – Adhira and Shagun Agarwal – find themselves in the middle of an exciting set up trying to build a business of candid wedding films. The twist in the plot comes from the only problem: their buzzing office is smack in the middle of their buzzing Baniya home! And everyone’s invited. Working from home means that no decisions can be taken without the unwanted advice of friends, family and neighbors. Home Sweet Office dives deep into the typical middle-class Delhi household. It explores different aspects of the work-from-home dynamic, which is so popular in today’s millennial audiences, to see how these two worlds collide, creating hilarious, and often awkward, situations.

At the launch of Home Sweet Office, Ashwin Suresh and Anirudh Pandita, founders, Pocket Aces said, “The foundation of Dice Media has always been relatable content; experiences from everyday lives that strike a chord with people, irrespective of their location or age! The success of our previous series, Little Things and What The Folks is a testimony that we are spot on with our viewers’ preferences. We are deeply excited for Home Sweet Office, our first series of 2019 which is a unique story in sync with millennials ambitions and generation gaps.”

Home Sweet Office is directed by Sonal Batra, who previously served as Director for OML and Culture Machine. The music has been compiled and directed by Karan Malhotra, from The Trip and Ready to Mingle and the series has been written by Yudhishthir Agrawal & Srijan Shukla, veterans in advertising. The director of photography is Murzy Pagdiwala.

The second episode of Dice Media’s What the Folks! season 2 is all set to entertain
MediaInfoline Oct 25

The second episode of Dice Media’s What the Folks! season 2 is all set to entertain