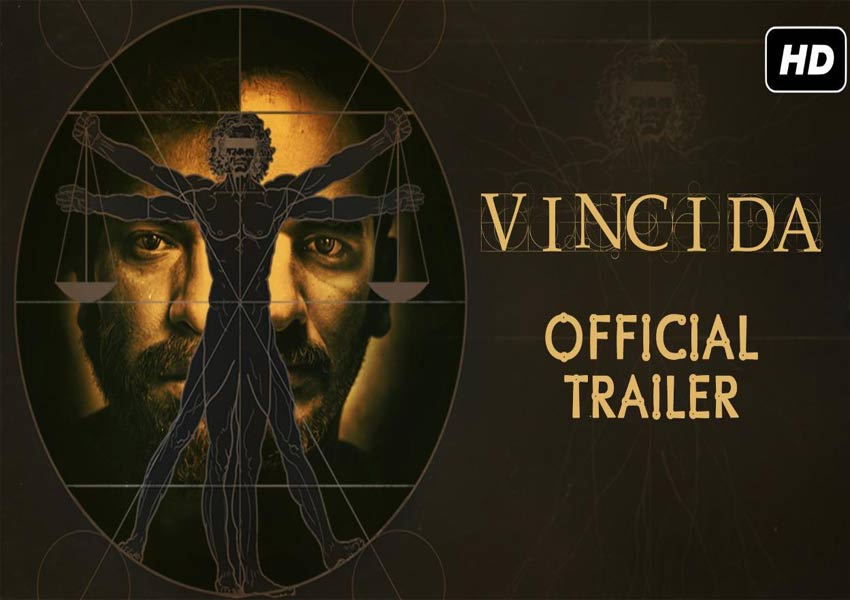 Srijit Mukherji’s thrillers are a must-have for his audience and with SVF his last thriller – Baishe Srabon put him on the map as one of Bengal’s top directors. Now, he is ready to give a sumptuous treat with his next, titled Vinci Da.

The name Vinci Da has created an intrigue in people’s minds and they want to know what inspired director Srijit Mukherji to allot such a name to his film. As he is also the co-writer along with lead cast Rudranil Ghosh, the intention will become clear once the official trailer is viewed which has been released by SVF today.

It starts with a simple man (Rudranil Ghosh) who loves art and claims that “art is science and science is art”. As he is such an ardent fan of Leonardo Da Vinci, he is given the title of “Vinci Da” by his peers. However, as the trailer progresses, we see that it’s not just his story but another man’s, who comes and turns his life upside down. This man, Mr Adi Bose (Ritwick Chakraborty), who refers himself as a “serial lawyer” likes to take justice in his own hands. They become partners in crime unknowingly because Vinci Da has no idea what he has put his foot into. Series of mysterious incidents occur and incur dire consequences which form the crux of the film. The trailer ends with a young boy (Riddhi Sen) killing a person with a bat while a woman in the background breaks down in tears.

Bewildered by the trailer of Vinci Da? Srijit Mukherji knows how to position his thrillers in an interesting way. The trailer was launched by the cast and crew (namely, Srijit Mukherji, Anupam Roy, Rudranil Ghosh, Ritwick Chakraborty, Sohini Sarkar, Anirban Bhattacharya, Riddhi Sen and others) in the presence of media at Perfect Place in Town, a petite café in Kolkata.

Vinci Da, starring Rudranil Ghosh, Ritwick Chakraborty, Sohini Sarkar, Anirban Bhattacharya, Riddhi Sen, Bharat Kaul and others is scheduled to release on 12th April, 2019. It’s the story of Vinci Da, an obsessed make-up artiste who is struggling to make his own place in the industry completely on his own talent and capabilities. Although his father was a renowned make-up artiste, he somehow failed to make his mark and got no chance anywhere even though he was highly talented. On top of it, his straightforwardness and arrogance resulted into him insulting three big personalities of industry which made the situation worse. When his life was going haywire, Adi Bose entered his life.