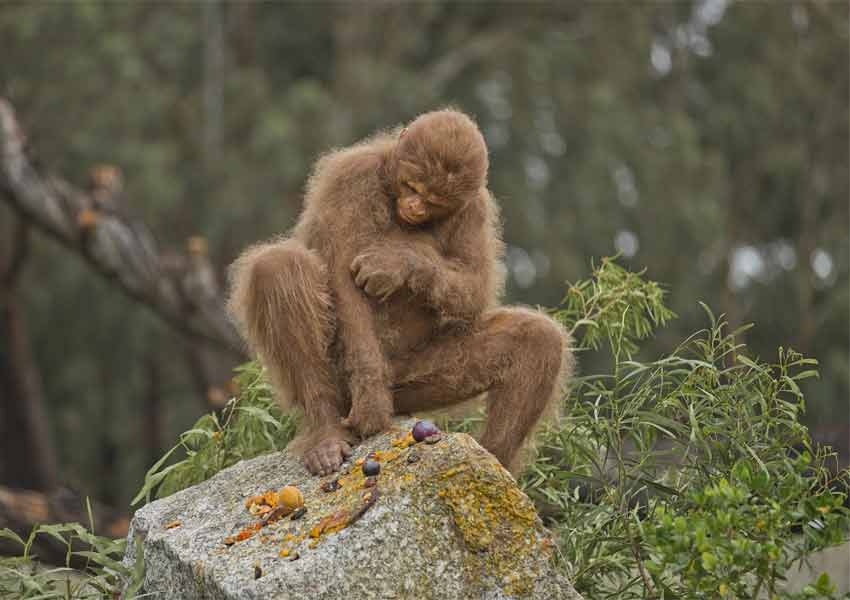 Who are we? Where did we come from? What makes us human? The two hour special First Man, premiering on Discovery Channel on January 15 at 9:00 pm, takes viewers on a journey back 25 million years to explore the ancestral roots of man at the time of the great apes. Featuring stunning cinematography and incredibly realistic and accurate portrayals, First Man follows the story of one primate tribe with exceptional skills, highlighting the social, cultural and biological constructs that shaped their evolution into modern man.

First Man takes us back 25 million years, bringing the stages of evolution to life through the story of a tribe of great apes. Which of our ancestors took that first step toward becoming the First Man?

Drawing on some of the most recent, spectacular scientific discoveries, First Man provides a new perspective on humanity’s common history. Among the startling new revelations: most of the great apes began walking on two legs in the trees, much earlier than previous theories had indicated; laughter is a primal characteristic, with the great apes guffawing long before modern man; and that familial and social structure were important, with evidence indicating the great apes valued relationships and were the first politicians of sorts.

The captivating film is directed by Frédéric Fougea and JéromeGuiot, with scientific direction from Pascal Picq, the renowned paleoanthropologist at France’s elite Collége de France. It features strikingly realistic characters brought to life through prosthetics and makeup based on authentic fossilized skulls and teeth and performed by the special effects makeup team who worked on 2015’s The Revenant, starring Leonardo DiCaprio.

“We are very excited to offer our viewers this fascinating docu drama which reveals that there’s much more to human being’s collective history than we ever thought,” said, Zulfia Waris, V.P Premium & Digital networks, Discovery Communications India.

First Man is produced by France’s Nilaya Productions, led by Patricia Boutinard Rouelle. The 90-minute film is a follow-up to the Odyssey of the Species, Homo Sapiens and Rise of Man trilogy, which Rouelle conceived for French public television and went on to attract top audience ratings in 40 countries.

“In the decade since our first groundbreaking look at the origins of man, both the scientific knowledge and technology we have to depict this story have progressed so much. It’s thrilling to present this new look at our ancestors in such realistic detail,” Rouelle said. “This is the story of us, and for the first time, thanks to these incredible advances, we can truly see glimpses of ourselves in these early primates.”