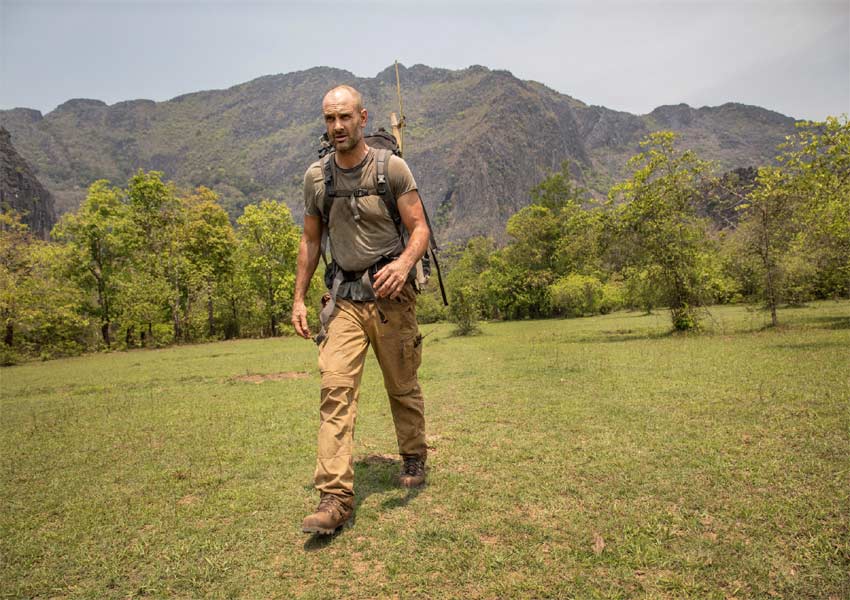 ED STAFFORD: LEFT FOR DEAD is an epic new adventure series, premiering on Discovery Channel this Saturday, July 14th at 7 pm Sat-Sun, that follows explorer and adventurer Ed Stafford in his attempt to escape from some of our planet’s most extreme environments. On the move without food, it takes just 10 days for the human body to start to shut down. So, that’s how long Ed is giving himself to escape the subtropical forests, parched deserts and desolate mountains that await him.

Using only natural navigation, Ed relies on his wits and survival skills to make split-second decisions as he travels without basic survival gear. With just his camera kit to document each journey, he has no map, compass, knife, camping equipment, food or water – pushing the limits of human endurance on the move. He must rely on instinct and his will to live to combat hunger, thirst, fatigue and life-threatening obstacles. The challenges that Ed faces are in fact so dangerous that an expert rescue team tracks him from afar – ready to venture out to retrieve him at a moment’s notice. However, the distance between Ed and his emergency crew means that certain situations could still prove perilous for Ed, given the risk that they arrive too late.

In this new series, Ed proves that survival is more than just a test of physical strength – it takes mental agility and unyielding determination to make it out alive. Watch as he takes on Bolivia’s Atacama Desert, Panama’s Darien Gap, the Asian forests of Laos and the coastal mangroves of Madagascar, Mongolia’s Altai Mountains and Bulgaria’s Rhodope Mountains. This is as close to real survival as Ed can get.

ED STAFFORD: LEFT FOR DEAD premieres on 14th July at 7 PM every Sat-Sun only on Discovery Channel