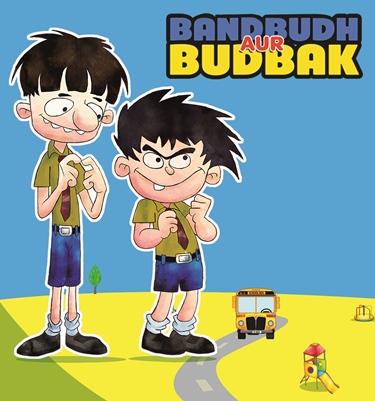 Discovery Kids, the leading animation channel from Discovery Communications India, announced that it is targeting to expand its reach in the states of Tamil Nadu, Andhra Pradesh and Telangana with the launch of Tamil and Telugu language feeds. The Tamil feed has already been introduced starting March 24th while the Telugu language feed will be launched from 1st April.

The channel will also mark April Fool’s day, 1st Aprils the birthday of Bandbudh Aur Budbak. The channel will launch new episodes of Bandhbud Aur Budbak so that kids can have a blast with their favorite characters after the end of examination period.

Announcing the development, Uttam Singh Head – Discovery Kids, Discovery Communications India, said, “The launch of Tamil and Telugu language feeds will provide a huge fillip to our efforts in increasing the reach of Discovery Kids in the strategically important markets. The love and affection that Discovery Kids is getting is truly humbling; We are further intensifying our efforts to reach the top of the kids genre.”