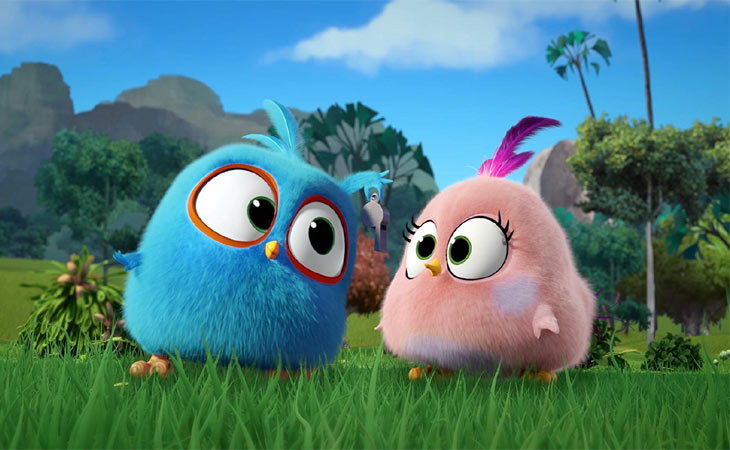 Discovery Kids, India’s favourite kids channel, presents a brand new series featuring kids’ beloved birds in the Indian television premiere of Angry Birds Blues. The series starts on 23rd October and will air from Monday – Friday at 6 pm with a repeat at 12 noon as part of continued festivities for kids.

The new series Angry Birds Blues features new birds and their hilarious escapades. Meet the Blues Jake, Jay and Jim – rambunctious bluebird triplets with big ideas that wildly succeed or hilariously fail. But no matter what happens, this fun feathered trio ALWAYS bounces back… except when the Hatchlings show up.  Cute, clueless and gullible, the lovable flock of baby birds unwittingly makes things worse for the Blues in the most adorable way. Unfazed, the brothers simply shake their smouldering tail feathers and try, try again.  Whether it’s building a clubhouse ordered from the Mighty Eagle Express, or getting a kite to fly, the Blues’ crazy antics become unbelievable comic disasters you can’t resist. Every day on Bird Island is an adventure for these unstoppable brothers.

Mr. Uttam Pal Singh, Head – Discovery Kids, Discovery Communications India, said, ‘’This festive season, we bring kids favourite series to Discovery Kids – Angry Birds Blues. It is our endeavour to bring to our young audience best-in-class entertainment and engagement with their favourite characters. We are sure the antics of the Blues and Hatchlings will bring a smile to every kid’s face.”

Anurag Sachdeva, Director (India & South East Asia), Rovio Entertainment, said, “We are delighted to present another Angry Birds series on Discovery Kids – this time with the adventures of the Blue birds and hatchlings. The Blues series offers a great potential to support our licensing programme among kids both girls and boys.This marks the continuance of a budding partnership with one of India’s premier kids networks. This is an important milestone in our journey towards becoming an entertainment powerhouse in India.”

Catch all the fun, excitement and adventure with Angry Birds Blues, only on Discovery Kids!