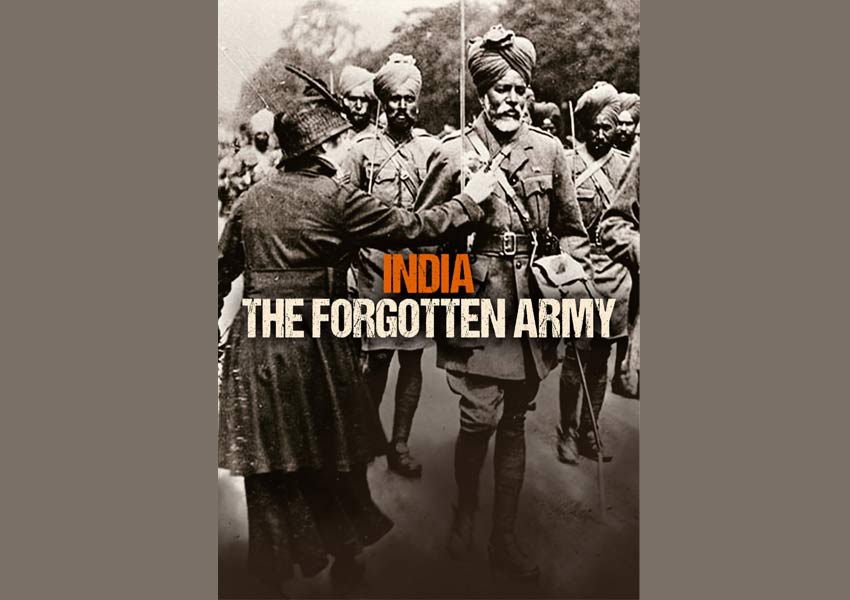 Discovery Plus announced the digital premiere of India: The Forgotten Army. Commemorating the 102nd anniversary of the end of World War 1, the gripping documentary traces and documents the courage of Indian soldiers, shipped to distant shores to live and fight in deplorable conditions during the First World War, featuring expert insights by Dr. Shashi Tharoor. The film is an adaptation of the book World War Sikh: Memoirs Of An Indian Cavalryman 1913-45 by Rana TS Chhina; and also uses first-person accounts to tell the story of the war and the circumstances that Indian cavalrymen faced, as revealed in the letters they wrote to their families, more than a hundred years ago.

India: The Forgotten Army looks at the crucial yet unnoticed role played by the Indian soldiers during World War I with expert inputs of notable personalities, including Dr. Shashi Tharoor– Former Minister of External Affairs, India, Tony McClenaghan– Military Historian, England, and Dr. Santanu Das– Professor of English Literature, King’s College London amongst others. The documentary brings to light the extraordinary contribution of the Indian soldiers in the war, bringing to the fore many overlooked sacrifices.

Dr. Shashi Tharoor said, “It is not widely appreciated that World War I also involved soldiers from faraway lands that had little to do with Europe’s bitter traditional hatreds. Of the 1.3 million Indian troops who served in the conflict, you hear very little. As many as 74,187 Indian soldiers died during the war and another 67,000 were wounded. Their stories, and their heroism, have long been omitted from popular histories of the war, or relegated to the footnotes.” He adds, “These men were undoubtedly heroes: pitchforked into battle in unfamiliar lands, in climatic conditions they were neither used to nor prepared for, fighting an enemy of whom they had no knowledge, risking their lives every day for little more than pride. Yet they were destined to remain largely unknown once the war was over: neglected by the British, for whom they fought, and ignored by their own country since they were fighting a colonial war. History had orphaned them. This film is a valuable contribution to their overdue rehabilitation”

“The brave feats by Indians during the First World War had so far, gone unnoticed. We are humbled to be able to shine a light on their tales of courage and sacrifice with the release of India: The Forgotten Army on Discovery Plus. Our users have repeatedly expressed their interest in knowing more about the storied past of our brave soldiers and this release reaffirms our brand’s commitment to listening to our users, ” said Issac John, Business Head – Digital (South Asia), Discovery. “At Discovery Plus, we aim to bring meaningful and relevant content for our passionate users. It is our constant effort to offer world-class documentaries to discerning Indian fans who are looking for such content that not only entertains but also encourages and inspires them.”

Discovery Plus Stepping Up the Festive Game With 55 New Shows