Disney+ Hotstar has commissioned 234 episodes of Selfie with bajrangi 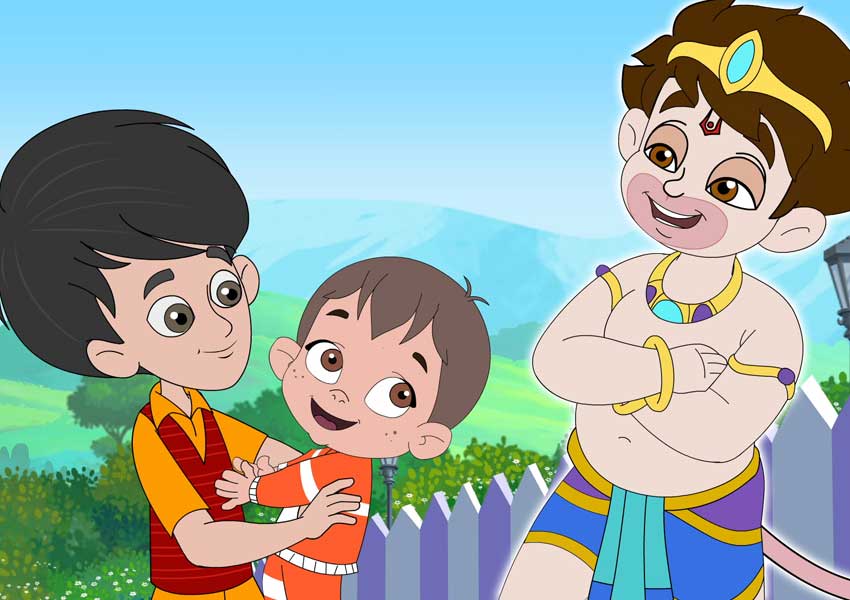 Disney+ Hotstar has commissioned an unprecedented 234 episodes of Cosmos-Maya’s hit animated series Selfie With Bajrangi. The multi-season deal will see Cosmos-Maya produce three series of 78 x 11’ episodes for Disney+ Hotstar which has 400 million viewers, eight million paying subscribers and additional library content from Disney+, making it the most prolific OTT platform in India both in terms of subscribers and content.

Selfie With Bajrangi, which has been running on Disney India’s Pay TV properties since September 2018, is one of Disney India’s most popular shows with significant reach and is aired daily on primetime slots of India’s Disney Channel and Disney Hungama. It recently became the first Indian animated kids’ series to feature on a leading general entertainment channel via Star Plus.

Selfie With Bajrangi’s launch on Disney+ Hotstar coincides with Disney+’s launch in India, and the show is being aired in Hindi, Tamil and Telugu languages.

Anish Mehta, CEO Cosmos-Maya, said on the development: “Bajrangi has brought together Disney+ Hotstar and Cosmos-Maya for a multi-season contract and we couldn’t be more excited. An unheard of 234 half-hours of the show spread across three seasons will be aired on Disney+ Hotstar, with Season 2 already live on the platform. This is the first highly popular kids’ domestic series that they have onboarded with a two-year vision to further increase its popularity. Selfie With Bajrangi has the ability to speak to audiences with its novel, yet relatable storytelling. It brings to the fore a very important message: that friendships built in the face of adversity last a lifetime.”

Selfie With Bajrangi is modeled on kids’ day to day lives and beautifully captures the nuances of Indian culture with relatable storylines. In the show, the protagonist Ankush’s life changes when he meets Bajrangi, the nine-year-old child version of the Indian God Hanuman in a contemporary setting, who no one but Ankush can see. Bajrangi accompanies Ankush everywhere and helps his buddy with his day to day problems. Together, they face the adversities life throws at them, in the process helping entertain and comfort the millions of kids who watch the show.

Cosmos-Maya is Asia’s leading kids’ animation studio with 18 series on air globally and a 60% domestic market share in India.