Disney+ Hotstar Premium launches ALL 31 Seasons of ‘The Simpsons’ 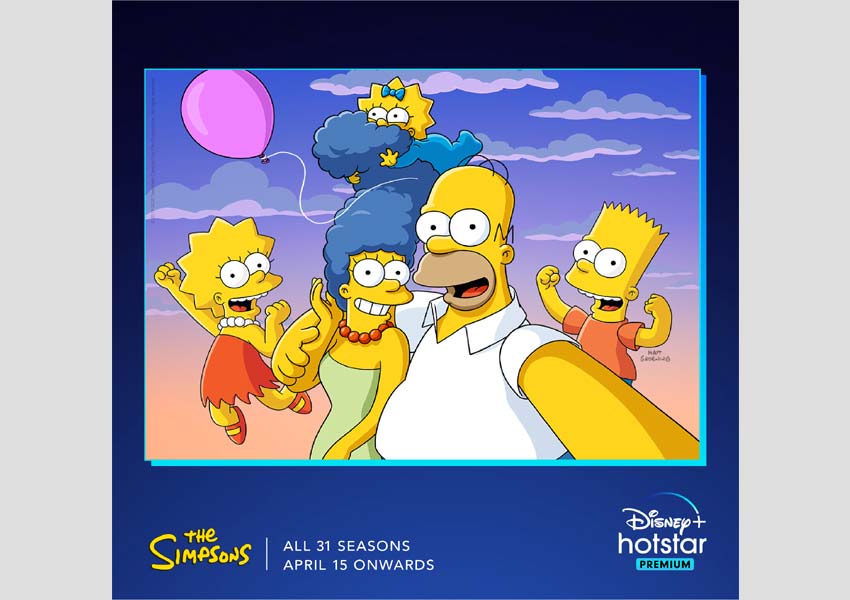 After the successful launch of Disney+ Hotstar in India, the platform is now bringing the world’s favorite nuclear family from the award-winning, history-making series The Simpsons to India. Created by cartoonist Matt Groening, The Simpsons made its debut in 1989 and is the longest running primetime scripted show in in television history with a collection of over 675 episodes spanning 31 seasons – all of which will be available on Disney+ Hotstar Premium. The latest and 31st season of the iconic show is exclusively available on the platform, ahead of its TV premiere. The popular 2007 feature film The Simpsons Movie and the recently released short film Maggie Simpson in “Playdate with Destiny” will also be available.

Through the years, the yellow family of five – Homer, Marge, Bart, Lisa and Maggie have emerged as pop-culture icons and have tackled numerous subjects in their own humorous way. The series is a satirical depiction of a working-class life, epitomized by the Simpson family and parodies everyday society, television, and the human condition. The characters have been voiced by Hollywood’s eminent personalities – Dan Castellaneta, Julie Kavner, Nancy Cartwright, Yeardley Smith, Hank Azaria, and Harry Shearer. Developed by James L. Brooks, Matt Groening and Sam Simon, The Simpsons has won over a hundred awards including multiple Primetime Emmy Awards, a People’s Choice Award, and Writer’s Guild Awards; and holds 3 Guinness World Records – making it an absolute must-watch!

In this time of social distancing, Disney+ Hotstar Premium continues to provide an unmatched entertainment experience by adding popular shows and latest Hollywood blockbusters. With the world’s best superhero movies like The Avengers, Iron Man, Thor: Ragnarok; unrivalled animated films like Frozen II and Toy Story 4, popular kids’ programs including Mickey Mouse and Gaju Bhai, Disney+ Originals including The Mandalorian, High School Musical: The Musical: The Series, Lady and the Tramp and shows from the best studios, Disney+ Hotstar Premium makes for the best entertainment companion for people looking for compelling content.

Catch All 31 Seasons of The Simpsons, starting 15 April only on Disney+ Hotstar Premium