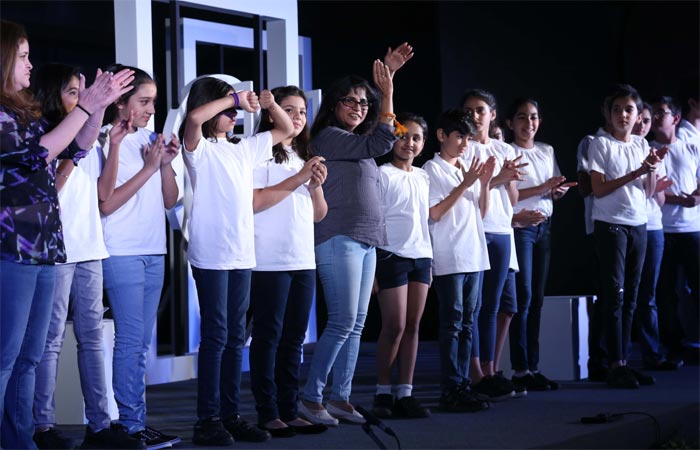 Taking a fun look at the hypocrisies of the world, through the amused and bemused eyes of children, the play immediately stuck a cord with the audience. Written and directed by Vanessa Ohri and supported by Ruby Kapoor, the play showcased an enthralling and energetic production full of rhyme, rhythm and satire.

Speaking about the initiative, Mr. Aakash Ohri, Senior Executive Director, DLF5 said, “The play highlights how infotainment can mesmerize the audience, taking them on a magical and enlightening journey. It is through these initiatives that we would like the children to take note and be vary of things around them. I thank Vanessa Ohri and Ruby Kapoor for painstakingly putting together a brilliant show.”

The play received huge appreciation from children as well as adults gathered at DLF Club5. Over 20 children participated in the play.