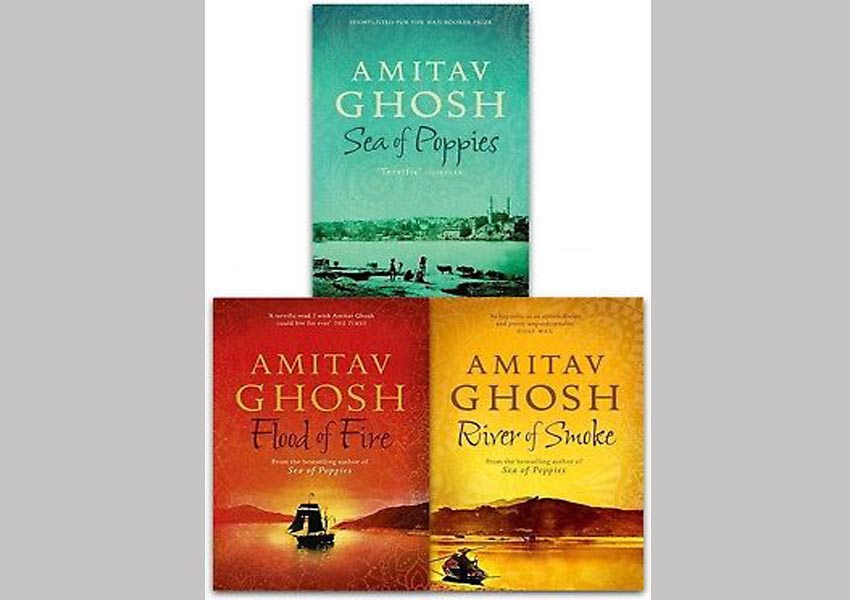 Shekhar Kapur, the award-winning film director behind ‘Elizabeth’ and ‘Elizabeth: The Golden Age’ as well as Bollywood smash hits ‘Mr. India’, ‘Masoom’ and ‘Bandit Queen’ has signed a deal with Endemol Shine Group to bring to life the trilogy of best-selling novels by acclaimed author Amitav Ghosh.

Ghosh’s masterpiece, which begins with ‘Sea of Poppies’, continues with ‘River of Smoke’ and concludes with ‘Flood of Fire’, has already achieved classic status and is seen as a landmark of twenty-first century literature.

The agreement also brings together Endemol Shine Group companies, Artists Studio (‘The Fall’) and Endemol Shine India (‘Test Case’) who will produce the drama in partnership with TV packaging consultancy service DoveTale Media who initially acquired the rights to the books.

Justin Pollard, whose credits include the blockbuster ‘Pirates of the Caribbean’ franchise as well as hit television series ‘Vikings’ and ‘The Tudors’, is on board as Historical Consultant and Story Editor. Set in mid-nineteenth century Asia, the series will interweave the lives of vividly drawn characters against the backdrop of the opium wars between Britain, India and China.  The team is in the process of lining up a lead writer.

Abhishek Rege CEO, Endemol shine India said “We at Endemol Shine India have been focused developing quality content not just the Indian market but something that would elicit curiosity from a global audience. This is the first step in that direction. The Ibis Trilogy project will be an amalgamation of the best global creative and production talent, including Endemol Shine India, Artists Studio, Dove Tale Media, Amitav Gosh, Lars Blomgren and Shekhar Kapur!”

Shekhar Kapur adds; “I have always been fascinated that the drug trade was the engine for the Industrial Revolution. Amitav Gosh’s books brilliantly bring out the vast epic and emotional tale of opium, from its beginnings in India where it is grown and onto China where it is pushed by drug lords. The story also follows the journeys of indentured labour from India to colonies around the world and tells the intriguing tales of people from India, America and China at a time when modern history was being formed. I’m very much looking forward to collaborating with Endemol Shine in this gripping series that could run into many seasons.”

Lars Blomgren, Head of Scripted for EMEA at Endemol Shine Group says; “Our ambition is to create a major high-end franchise for the international market, matching the scale and epic sweep of the Ibis novels. This deal represents our Group collaborating at its best, creating an exotic, never before seen tale with wide audience appeal. Shekhar Kapur completes the exclusive package and we’re expecting great interest in bringing this to the global audience.”

Lars Blomgren was appointed Head of Scripted EMEA in 2018 and is charged with enhancing Endemol Shine Group’s premium offering through increased collaboration, shared investment and opportunities across the Group.

Recent and forthcoming series include Norway’s Beforeigners (HBO Europe), Sweden’s Beartown (HBO Europe), The Idhun Memories (Netflix), Cathedral of the Sea (Antena 3/ TV3/ Netflix) and Matadero (Antena 3) from Spain, The Oldenheim Twelve (RTL4) and Lois (NPO1) from the Netherlands, Germany’s Dark (Netflix) and Pagan Peak (Sky Deutschland), France’s Insoupconnable (TF1) and Guyanne (Canal+), Italy’s While I Was Away (Rai Uno) and Queens (Hot) and Just for Today (Yes) from Israel.