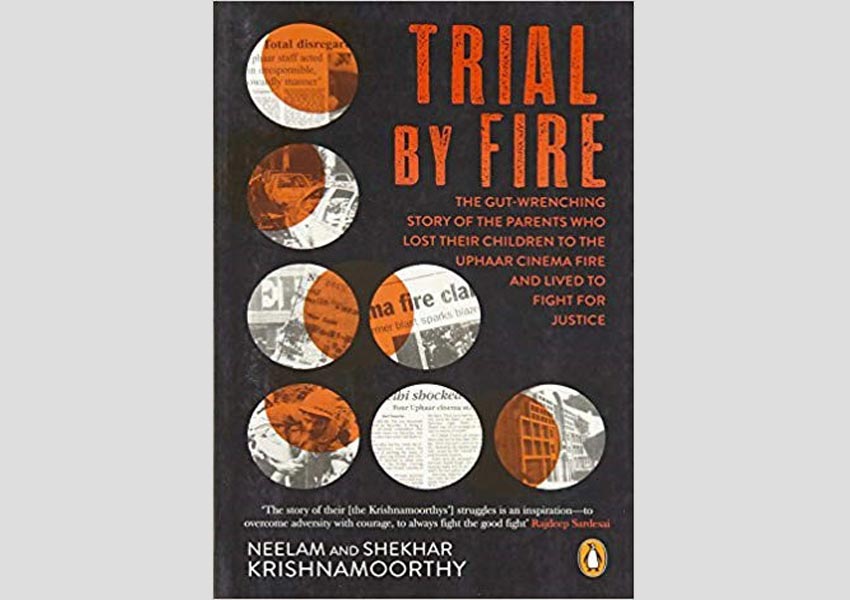 Endemol Shine India announced that they will be creating a web series based on Neelam and Shekhar Krishnamoorthy’s book Trial By Fire: The Tragic Tale of the Uphaar Fire Tragedy. The series will be helmed by Prashant Nair whose 2015 film, ’Umrika’, is the only Indian feature film to ever win an award at the Sundance Film Festival and who recently directed ‘Made in Heaven’. Mumbai-based company- The Story Ink put together the project and its founder Sidharth Jain will be a producer on the series.

A first-hand account of the Uphaar Cinema fire in Delhi in 1997, the book has been written by Neelam and Shekhar Krishnamoorthy who fought for justice for 19 years for their children, Unnati and Ujjwal, who were amongst the 59 people killed in the incident. The book, written in the voice of Neelam, follows the lives of the couple after the Uphaar fire tragedy as they wage a never-ending battle against the owners of the cinema. In their quest to get justice for the Uphaar victims, the Krishnamoorthy’s end up playing different roles researchers, legal assistants to their attorney and, finally, activists. The book also glimpses into their moments of weakness, their anguish, anger and mourning and most importantly their persistence.  Trial by Fire also makes a strong argument that public spaces are still vulnerable to such tragedies and that another Uphaar fire tragedy could happen today.

Abhishek Rege, CEO, Endemol Shine India, said, ‘We at Endemol Shine India are always on the lookout for stories and characters that will touch an audience at its core. At the heart of this story is the Krishnamoorthys’ determination to fight in memory of their children and lays bare their personal loss and struggle for closure. The loss of a child and the anguish of the parents who are fighting for justice on behalf of their children are difficult emotions and Prashant Nair was the perfect choice to bring this authentic, sensitive and hard-hitting real-life tragedy to screen.”

“The premise of this book is every parent’s worst nightmare. Fifty-nine people lost their lives that day because the institutions we rely on for our safety and well-being every day failed across the board. The Krishnamoorthys’ wrote their book because they wanted to make sure this never happens again and I’m honored they and Endemol Shine have entrusted me with the responsibility of bringing this devastating story to screen.” said Prashant Nair, director and show runner for Trial by Fire.

Authors and parents Neelam and Shekhar Krishnamoorthy said, “When we first met Sidharth for taking our story to screen, we were certain that he would find the right team to tell this story. We look forward to collaborating with Endemol Shine India, The Story Ink and Prashant for bringing to screen our two-decade old battle. We hope that this series is an apt ode to our children and the fifty-seven other victims, as it brings to light to a wider audience the horror of the Uphaar Cinema fire and our struggle for Justice.”

“When I discovered the book and met the Krishnamoothys’, I was so moved with their journey that I promised them that telling their story to global audiences, would be a personal mission for me. Endemol Shine India and Prashant were my first choices to collaborate with on this project and I am delighted that it is coming together just as I had envisioned. This is one of the several projects that we are developing and producing together with Endemol Shine India and am very excited to collaborate with them in creating a compelling slate of projects across formats”, said Sidharth Jain, founder and Chief Storyteller of The Story Ink.

Endemol Shine India is currently creating Bombay Begums –– written and directed by Alankrita Shrivastava for Netflix in India. The company is also joining forces with Shekhar Kapur and UK production company Tiger Aspect to develop The Ibis Trilogy for the international market.