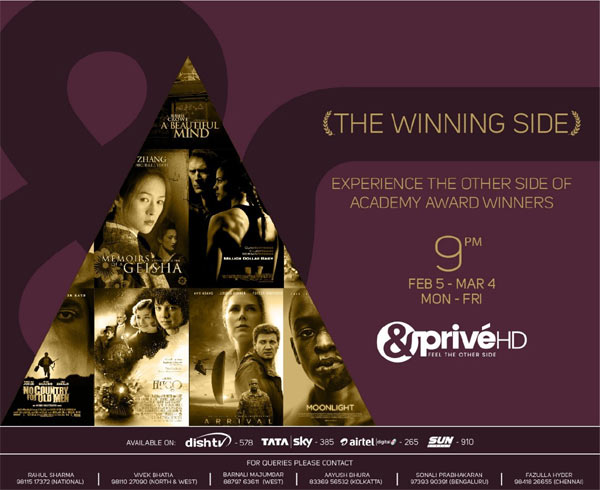 As the stage is getting set for one of the most important nights in Hollywood, film enthusiasts across the world are waiting with bated breath to see their favourite stars take home the golden statuette. While the highly-anticipated night soon approaches, &Privé HD, the premium English movie destination, brings to its audiences The Winning Side, an exclusive property showcasing the other side of Academy award winning movies. Started on 5th of February, the channel is presenting a cinematic experience of Academy award recipients from the days past to those of today, weeknights at 9.

Through this property &Privé HD celebrates some of the spectacular cinematic stories on celluloid which are testimony to the unquestionable dedication to the craft of filmmaking. Movies shown during this property include Hugo, Arrival, Beginners, Sleepy Hollow, Jackie, Bridge of Spies, A Beautiful Mind, and Memoirs of Geisha amongst others. The last movie to be showcased will be last year’s Best Picture winner Moonlight. With a total of 45 Academy Awards won amongst the 20 films that are being telecasted, the channel continues to uphold its promise of offering finest films to its nonconformist audience.

To promote the property, the channel recently associated with The Kala Ghoda Festival for its cinema vertical. While it screened last year’s multiple Academy award winner Moonlight, it also showcased this year’s Best Film nominee, The Post which will be making its Indian television premiere on &Privé HD this year!

Since its launch, &Privé HD has presented some of the most-awaited critically-acclaimed movies for its audiences. Now, it’s time to revel in the perfectly-timed, biggest Academy award winning movie festival with The Winning Side.

So, don’t forget to catch the other side of these spectacular movies. Tune-in to &Privé HD weeknights at 9! 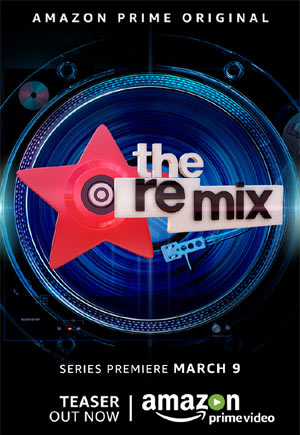