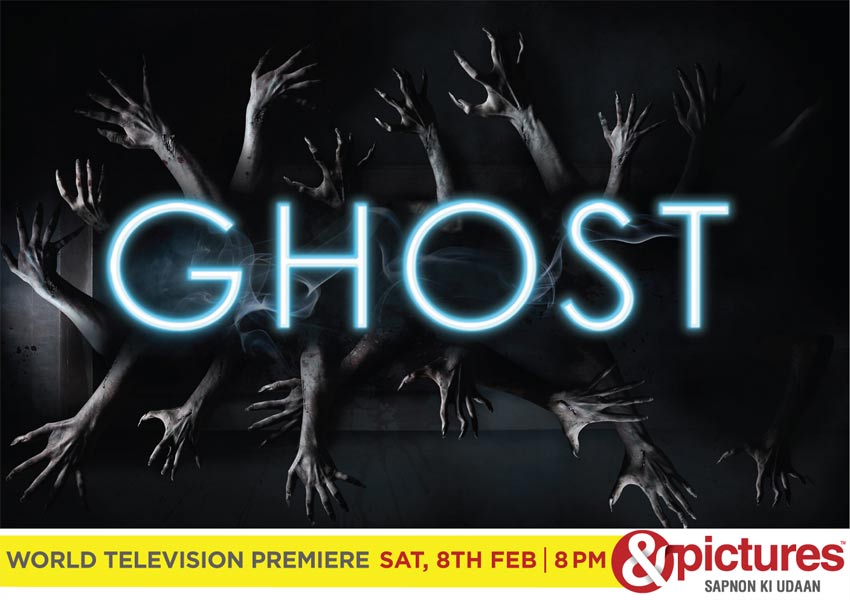 This Saturday night as the clock strikes 8, &pictures will take you through a spine-chilling journey with the horror thriller ‘Ghost’ that explores the world of unknown. Inspired from the real-life murder mystery case, ‘The Devil Made Me Do It’, Director Vikram Bhatt’s Ghost brings forth an intriguing plot revolving around the murder of an innocent woman but with a supernatural twist to it. The movie features popular television star Sanaya Irani and the dapper Shivam Bhaargava in the lead roles. Witness this supernatural thriller with the World Television Premiere of ‘Ghost’ on 8th February at 8 pm only on &pictures.

Commenting on her role, Sanaya Irani said, “When Vikram narrated the story, it had me hooked from the word go as it was based on a real-life incident. Portraying the role of Simran, was very different from the other roles I have played in the past especially television soaps – it is a completely different ball game here. This being a horror film, my main obstacle was to convey the actual emotions of what Simran is going through at any given time, to the audience. When you see the World Television Premiere on &pictures, you will realize that while she is dealing with the external forces, she has her own demons to face. I think I have done justice to the role and I hope that when the audience watches the movie they too agree with me.”

Speaking about the movie, Shivam Bhaargava says, “Since childhood, I have been fascinated with the horror and thriller genre. Hence, when Vikram narrated the story, I was sold immediately and agreed to take it up. The movie not only has many attention-grabbing twists and turns but also keeps the viewer hooked on right till the end with its gripping plotline. I play the role of Karan who is the prime suspect in his wife’s murder but claims innocence as there is more to him than what meets the eye. The film on the whole has a strong script and is surely different from the many stories in this genre. I am eagerly looking forward to the World Television Premiere on &pictures this weekend and I hope the audience enjoys watching it on television.”

Set against the backdrop of London, the movie follows the life of a politician Karan Khanna (Shivam Bhaargava) who is accused of murdering his wife Barkha’s (Gayatri Iyer). But he claims not guilty as he believes that a spirit mercilessly killed his wife. He tries to prove his innocence by explaining the ‘the spirit of possession theory’ to his lawyer Simran (Sanaya Irani) who has a hard time believing it but still takes up the case. However, Simran’s deep-rooted psychological issues come in the way and she ends up getting romantically involved with Karan. While investigating the case the duo witness supernatural encounters that keep escalating with time. Will Simran be able to crack this case and save Karan? Or will the evil forces over power the good?

Unearth the supernatural thriller with the World Television Premiere of ‘Ghost’ on Saturday, 8th February at 8 pm only on &pictures!