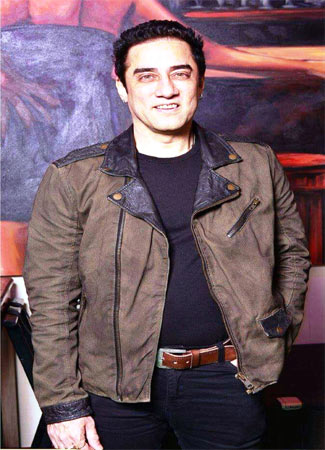 Superstar Aamir Khan’s younger brother Faissal Khan is back once again with Manaan Shaw  and M & S Films’ tentatively titled Hindi feature film ‘Mental’ with Omkar Das Manikpuri and Dalip Tahil in its cast. The film is directed by Sharique Minhaj, his third outing with actor Faissal Khan in a row after the controversial flick Chand Bujh Gaya and the Kashmir based Chinar Daastaan-E-Ishq.

This film will be shot in major shooting schedules from August at Surat, Daman, Saputara and Mumbai locales. Faissal Khan has shown his acting prowess from his earlier films titled Madhosh and Mela. He also featured in a T.V. serial titled Aandhi.

Mental is the hat-trick film in a row between the actor-director. Faissal Khan is excited about this film, “This film’s subject is different from the earlier two films we did together. It revolves around a one-sided love affair and the guy goes at all lengths to win his love. He even becomes mental too. I believe in quality rather than quantity. I listen to the script first before giving my nod. When Sharique narrated the script and my role, I eagerly accepted to do it.”  Faissal Khan further adds, “It is a new-age film; especially for the generation next who are madly obsessed with one-sided affair and who take wrong decisions which is very immoral.”

Director Sharique Minhaj says, “I work on subjects which touches my heart. I have read it in the newspapers and other media about jilted lovers who do uncanny things which is disturbing to the family and the society on the whole. I felt a film on this subject is the need of the hour. Having worked with Faissal in two of my earlier films we share a good rapport.  Faissal Khan fits in the character like a hand-in-glove. You could say it is a tailor-made role for him.”