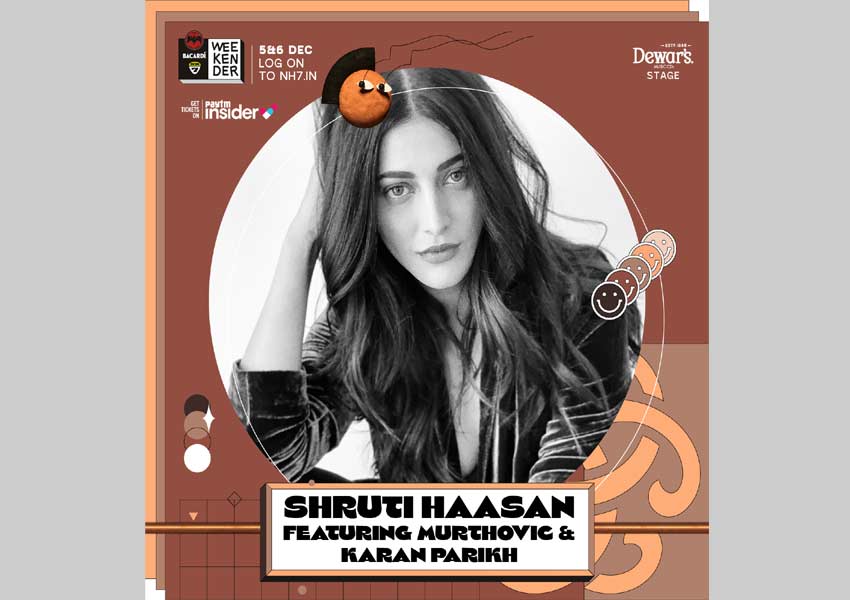 The most happening music festival, Bacardi NH7 went virtual this time – cooking up a gala storm digitally with power packed performances from the likes of Lucky Ali, Nucleya, Shruti Hassan, Prateek Kuhad amongst many others.

The pandemic might have taken a toll on gatherings but there was no dearth of fun and music on the virtual event. The first ever virtual Bacardi festival was true to its nature.

With BACARDI’s ongoing support for the music community in a year that has been especially difficult for artists around the world, the festival hosted over 65,000+ fans across the weekend. It also debuted the entirely new interactive experiential platform built by Paytm Insider to much fanfare by the audience.

With performances that took place across multiple stages, audience members could decide which ones they wanted to watch most, just like an on-ground festival.

Sameeksha Uniyal, Senior Brand Manager, Brand BACARDÍ, India & South-east Asia said, “It’s been over a decade that we’ve been hosting BACARDÍ NH7 Weekender, where we foster a space for artists and audiences to do what moves them and express themselves freely. Despite the hurdles this year, we feel immense joy and pride for having created a phenomenal virtual user experience for audiences, that depicts the vibe of the on-ground experience, beautifully. The legacy continued in this first-ever virtual avatar for the 11th edition, and it was truly incredible to see more than 65,000 fans join us live.”

Speaking of the festival, Shreyas Srinivasan – Founder & CEO of Paytm Insider said, “After having facilitated a shared festival experience for over 65,000  fans over the last 3 days of BACARDI NH7 Weekender, it was heartening to see how the platform we have built helped create unique festival moments for this community across the country. We are excited to see how these experiences evolve over the next few years for online as well as offline events.”

Aside from performances, there has been a lot more to be excited about. The festival also marks the first time that its Country Partner, Singapore Tourism Board has partnered with a digital festival. With Yung Raja and Raja Kumari’s sets featuring vibrant locations from the city, we get to experience Singapore through the eyes of the artist.

Speaking about the association, G B Srithar, Regional Director, India, Middle East & South Asia (IMESA), Singapore Tourism Board (STB), said “We are delighted to come on board as the ‘Country Partner’ with BACARDI NH7 Weekender. We have been doing some creative virtual activations during this period, and this was one such activation which gave us the opportunity to reach out to young Indian millennials.”

About the festival, Gunjan Arya, CEO of OML went on to say: “It is surreal, endearing and deeply inspiring that BACARDÍ NH7 Weekender could be pulled off virtually. We were all very grateful to everyone who came out to experience the festival online and make this happen for fans and artists. We’re extremely proud of the hard work and dedication that has gone into seeing something like this come to fruition. At every junction, our partners at BACARDI and Paytm Insider have refused to compromise on the experience we envisioned the music community having, and that tireless commitment is what has resulted in the founding vision and core essence of the festival being upheld. We’re elated about the fact that the happiest music festival saw an unprecedented response from fans across the world. The programming, the interactivity of the Paytm Insider.in streaming platform, and the good vibes were the perfect recipe for an amazing weekend. We are incredibly grateful to our partners at Bacardi for their support in building and supporting artists and fans over the years.”

Daily Event Round Up

Day 0 of the 11th edition of the BACARDÍ NH7 Weekender was first of its kind for multiple reasons. It featured complimentary access to a state-of-the-art streaming platform built by Paytm Insider, two of India’s most revered musicians who are pioneers of Indian independent scene at the BACARDI Arena, Lucky Ali and Nucleya, and an entire stage dedicated to comedy – AKA the Insider Comedy Stage. Day 0 of the festival opened to over 30,000 fans eagerly awaiting to welcome their favourite music festival back into their calendars, as is an annual custom for most.

Day 1 of the festival (Saturday) saw many spectacular music performances. Australian Grammy-nominated band Hiatus Kaiyote, incorporated an elaborate light installation into their set to create an captivating audio-visual experience. CAS, in keeping with their dramatic, monochrome black and white theme, played an atmospheric set from a dimly-lit room that seemed to take inspiration from classic early 90’s music videos. Taba Chake went all out with a hill-top set from Potin, an organic tea estate in Arunachal Pradesh, making for spectacular aerial shots of rolling hills as far as the eye could see. Local bands like Nothing Anonymous, Till Apes and Hashbass also turned in memorable performances.

The marquee Insider Comedy Stage served audiences with the best of comedians from across the nation, and witnessed moments that left everyone in splits. The Insider Comedy stage saw laughter-packed live performances with experiential shows like Improv Punchlines and KVizzing along with good ol’ stand up comedy by comedians such as Varun Thakur, Abish Mathew, Kaneez Surka, Rahul Dua, Prashasti Singh, Amit Tandon, Ashish Shakya, Kenny Sebastian and Vipul Goyal to name a few. 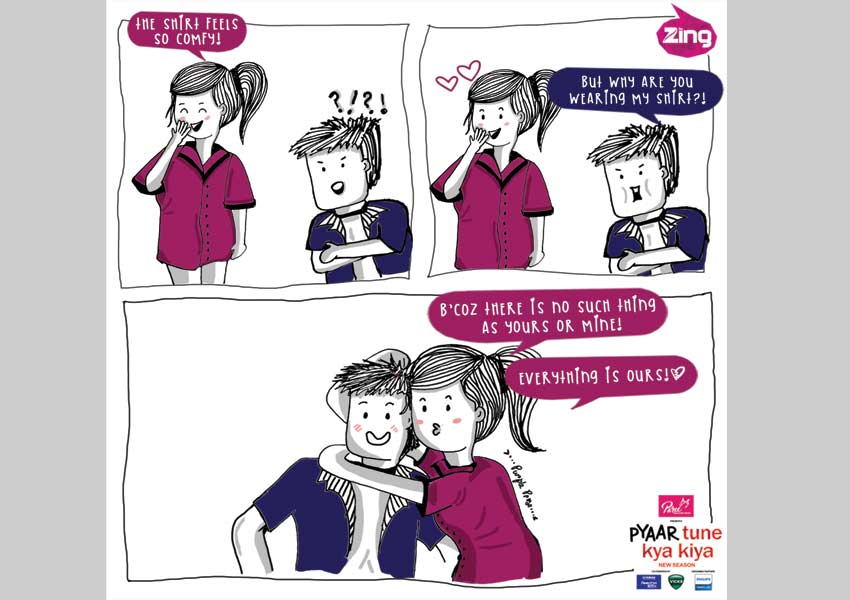