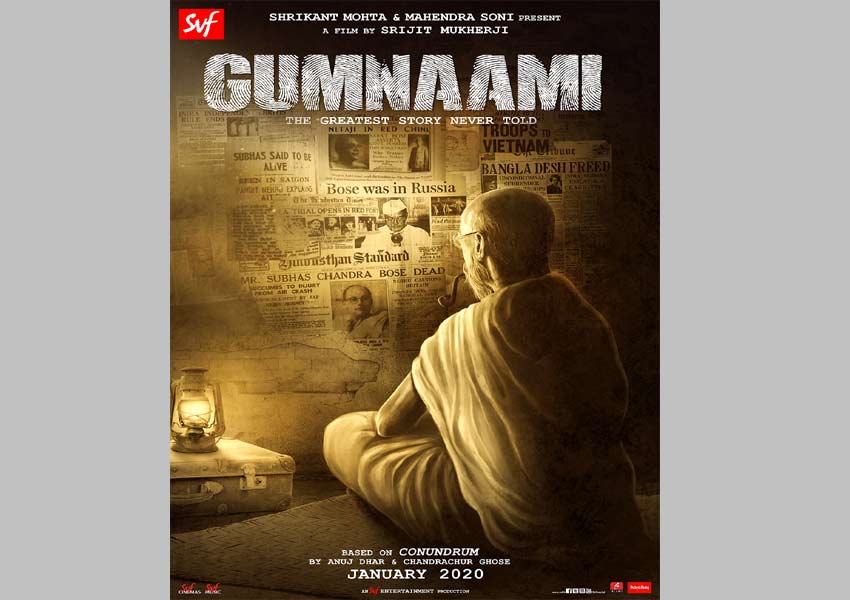 The poster reveals a mysterious man facing a wall encircled with news about Netaji Subhas Chandra Bose’s disappearance and goes with the tagline – The Greatest Story Never Told.

Elated about the poster reveal, Srijit Mukherji, director of the film said: “I’m very honoured to be able to make a film on Bengal’s greatest freedom fighter and icon Netaji Subhas Chandra Bose and bring out a story that has not been explored before. It’s my tribute to the brave legend on his 122nd birthday”

Based on the story Conundrum by Anuj Dhar & Chandrachur Ghose and written and directed by Srijit Mukherji, Gumnaami is scheduled to release in January 2020.