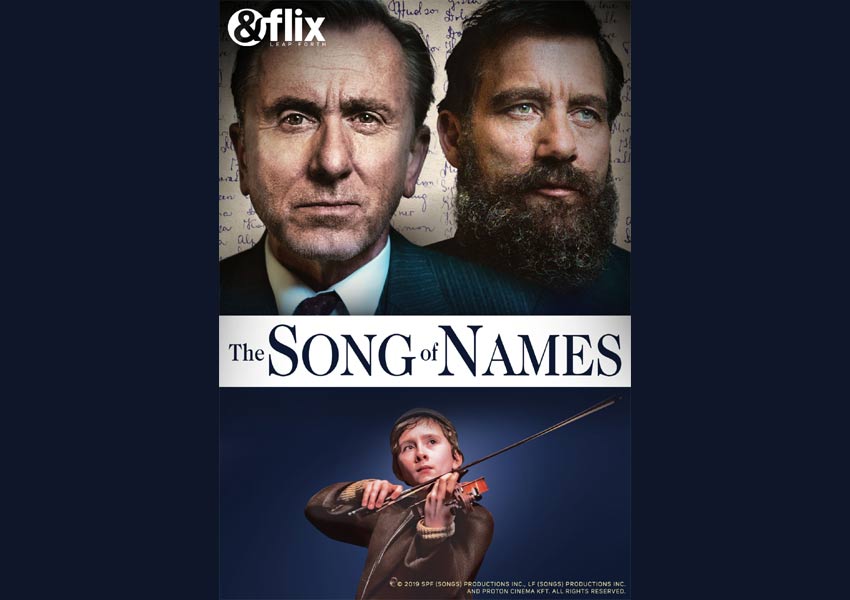 Tim Roth starred ‘The Song of Names’ is a fantastic narration about love, loss, hope, and despair. A story that can be told a read a number of times. The movie is full of drama, mystery, and emotional turbines. Flix First Premiere, this time is banging back with ‘The Song of Names’ on October 18, i.e. this Sunday on &flix. Get a chance to witness the historic point in time. The show will be airing at 1 PM on &flix, 9 PM on &flix SD and HD. It will also go air on &PrivéHD at 3 PM and 11 PM. Gather to witness a story of rivals-turned-brothers in the Indian Television Premiere on the destination for the biggest Hollywood hits. The Song Of Names’ is a musical treat to the ear with tunes by Academy Award-winning composer Howard Shore (The Lord of the Rings: The Fellowship of the Ring). ‘The Song of Names’ has been directed by the award-winning French-Canadian filmmaker François Girard (The Red Violin).

The story belongs to World War II that draws your attention to the brotherhood. Martin Simmonds (Tim Roth) has been haunted throughout his life by the mysterious disappearance of his ‘brother’ and extraordinary best friend who is also a Polish Jewish virtuoso violinist, Dovidl Rapaport (Clive Owen). After sharing a beautiful childhood filled with love and truckloads of laughter, Dovidl mysteriously vanishes shortly before the 1951 London debut concert that would have launched his brilliant career. After long 35 years, Martin discovers that Dovidl may still be alive, and sets out on an obsessive intercontinental search to find him and learn why he left. Do you think that the brother will ever cross their path?

&flix has premiered many hit Hollywood films in the past like, ‘Bad Boys for Life’ and ‘Jumanji: The Next Level’.