#FlixFirstScreening of ‘Bad Boys For Life’ before its theatrical release 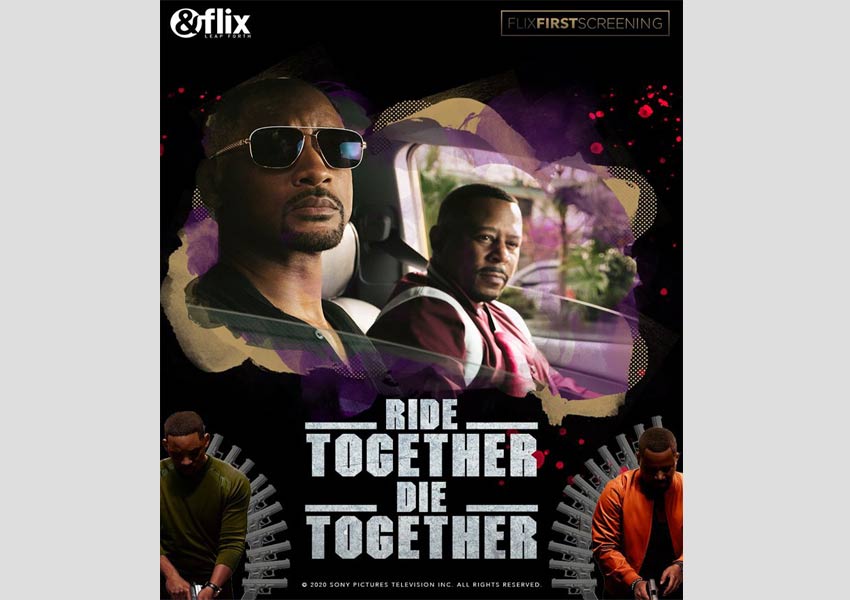 Guess who’s back?! Back again! Boys are back, go tell a friend! Guns, cars and two cops on a roll to knock out criminals, what could be more boisterous than this? &flix, the destination for the biggest Hollywood hits, is set to bring yet another captivating cinematic experience with the #FlixFirstScreening of the ultimate action extravaganza Bad Boys For Life on Thursday, January 30, 2020. Enabling countless movie enthusiasts to #LeapForth into the world of action, adventure and drama with the biggest premieres from Hollywood, #FlixFirstScreening offers fans with a special preview of the most-anticipated movies, before anyone else.

In this full and final instalment of the franchise, director Adil El Arbi and Bilall Fallah brings back a star-studded ensemble cast comprising the two-time Academy Award-nominee Will Smith and Martin Lawrence who essay the roles of Mike and Marcus along with Primetime Emmy Award Winner Joe Pantoliano as Captain Howard among others. Reuniting after 17 years, the legendary duo will be seen at their macho-best as they trade jibes and blow up stuff in the action-loaded film.

After successful Flix First Screenings of blockbuster movies like Once Upon A Time In Hollywood, Men In Black: International, Spider-Man: Into the Spider-Verse, Venom, Spider-Man: Far from Home and Jumanji: The Next Level, &flix brings the third installment of the popular Bad Boys franchise. The channel is all set to host the screening across Mumbai, Delhi, Bangalore and Chennai.

Catering to the enthusiasm and anticipation around the film, &flix has an exciting opportunity in store. The channel has launched multiple engaging digital contests across its social media handles to entice fans. Encouraging viewers to create their own memes with a meme generator, the channel is set to offer those with the quirkiest creations, a chance to win exclusive passes to the screening. What’s more? Sharing snackable video nuggets of Will Smith and Martin Lawrence, the channel puts forth a set of quick questions for enthusiasts to win a chance to witness the special preview, before its theatrical release!

The film revolves around the duo as they team up to take down the vicious leader of a Miami drug cartel – Armando Armas. The two, along with the newly created elite team AMMO of the Miami police department, go up against the ruthless criminal as they take their one last ride.

It’s time to load your weapons and join the bad boys, one last time with the #FlixFirstScreening of Bad Boys For Life on January 30, 2020