Flora Saini to debut in the Bengali entertainment Industry 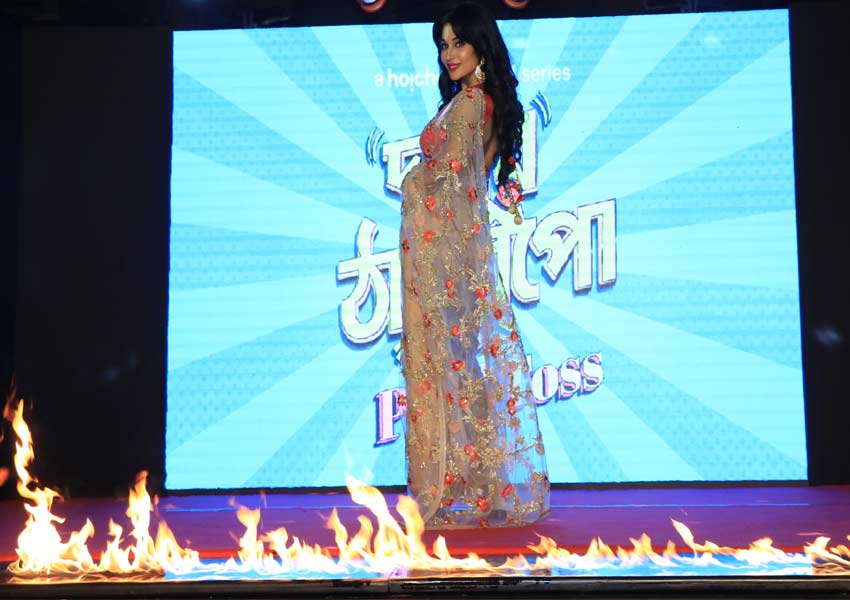 Dupur Thakurpo is back to sizzle your screens with all new Phulwa Boudi in its 3rd season. Phulwa Boudi will be played by none other than the charismatic actor, Flora Saini.

Dupur Thakurpo is one of hoichoi’s most popular series and a fan favourite. After a year-long wait, it is finally returning with its 3rd season in a different avatar. This time, it’s a story with Phulwa Boudi (“Bhabi” or Sister-in-Law) and 7 new Thakurpos (“Dewars” or Brother-in-Laws) starring an entirely fresh cast. In the previous seasons, Swastika Mukherjee was seen taking up the role of Uma Boudi which raised the show to new heights followed by Mona Lisa essaying Jhuma Boudi which garnered the massive popularity of the hoichoi Original series.

The plot of season 3 starts off with a whole new set of ‘Thakurpos’ emerges in this season, whom we see in the same mess bari, all worshiping in front of the pictures of previous Thakurpos as ‘Dupur Thakurs.’ The new 7 Thakurpos namely Dracula, Money Singh, Choddo, Mohito, Dadu (Guldaar), Boka C and Batman, all are devotional towards Boudis. Among them Batman is on the verge of marriage since he is in an immense pressure from his Dad. Batman, son of a Bihari Goon was forced to marry a ‘gaon-ki-sidhi-sadhi’ girl named ‘Phulwa’ on a point-blank range of a rifle. But Batman devotee of a Boudi has no interest on his newly married wife. Even the ‘ghunghat’ of the bride is yet to unveil. But Batman knows about his friends who all are crazy about Boudi decided that he would keep his wife in a different house rather than in the mess bari. So, when he arranges for a rented house he is trapped by a widow and horny landlady named Chopola. However, all the Thakurpos came to know about this new Boudi and with various techniques all of them fantasizes her and wants to woo her. Though everyone knew that this Boudi is ‘gaon-ki-sidhi-sadhi’ girl but she has some different plans!

In a lavish press conference at a luxury banquet in Calcutta, Flora Saini was revealed in front of the media along with the unveiling of the other new cast members (Bengali singer & actor Jojo as Chopola, actors Palash Chaturvedi as Batman, Aniruddha Gupta as Dracula, Writwik Mukherjee as Money Singh, Sorbojoy Dey as Choddo, Ayan Bhattacharya as Dadu, Saumma Bhattacharya as Boka C, Joyprakash Pal as Mohito and Abhijit Guha reprises his role as Jibon Babu). Director and Music Director of the series, Subho Pramanik and Amlaan Chakraborti (respectively) were also present to announce the return of Dupur Thakurpo.

Watch the reveal of Flora Saini as Phulwa Boudi : here

Dupur Thakurpo S3 is slated to stream during Durga Puja this year!