This Friday, everything is going to be GOLMAAL! 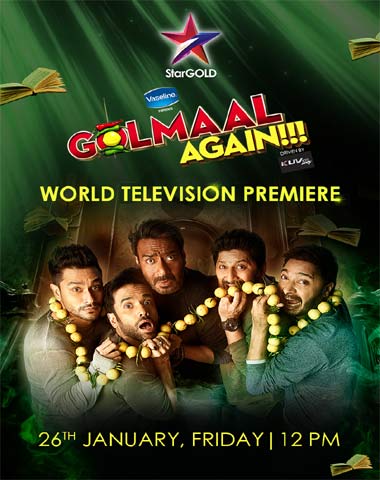 Star Gold is kicking off the year with the World Television Premiere of one of the most succesful films of 2017, Golmaal Again, that raked in over 200 crores at the box office and set it on fire with its unmatched gags and action. The film that left audiences in splits of laughter and many ‘rolling on the floor’ moments will make its television debut this Friday, 26th January at 12PM on the Home of Blockbusters.

Rohit Shetty’s fourth installment of the superhit franchise sees a unique mix of horror, melodrama and comedy making it one of the most entertaining and engaging films of recent times. The film also marks Ajay Devgn and Rohit Shetty’s 10th collaboration, making them an unbeaten duo of Bollywod.  The comic caper makes room for horror to the storyline by welcoming Tabu and Parineeti Chopra to the original cast that includes Arshad Warsi, Kunal Kemu, Shreyas Talpade and Tushar Kapoor.

This horror-comedy is a fun filled ride about two gangs who are unable to stand each other since their childhood, encounter with some spiritual bodies and find out the truth about the Jamnadas Orphanage where they were brought up.

Filled with unlimited dozes of entertainment and laughter, Golmaal Again is all heart and fun, a perfect plan for the upcoming long weekend! 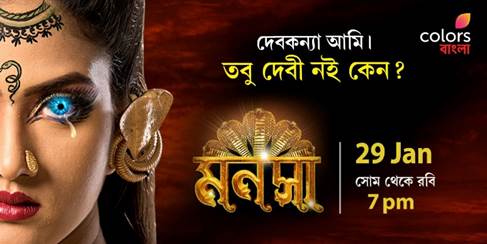