Freida Pinto and Kal Penn to lend their voice in Mira, Royal Detective 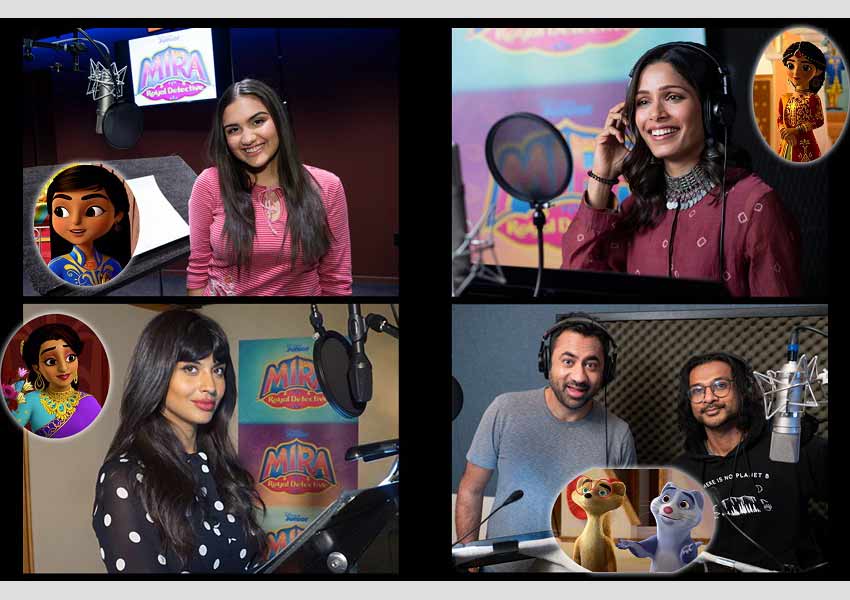 Renowned actors, Freida Pinto and Kal Penn are all set to lend their voice in Disney’s upcoming animated series Mira, Royal detective.  It is exciting to see Freida and Kal are coming on board with Disney.

The Slumdog Millionaire fame Freida in the series voices Queen Shanti who appoints Mira to be the royal detective. This being her first experience of voicing for an animated series Freida seems very excited to be a part of this elaborate setting of the series. Talking about the series she shares, “Mira is appointed by the queen (Queen Shanti) to be the official detective of the royal kingdom. The setting and the background of the show is just kind of familiarising the younger generation with people of different cultures and diverse backgrounds”

Kal Penn, a famous actor and comedian, voices adorable Mikku, one of Mira’s mongoose friend and sidekick. Talking about the concept of the show, he says, “It is a hilarious, very smartly curated, educational show.” Talking about the main character Mira, he says “Mira is incredibly confident and capable. And what an incredible message the show sends out to the young girl obviously and also the young boys who will watch the show and be inspired by Mira. I am hoping that little kids see these amazing messages and think that I should be like that in my real life too.”