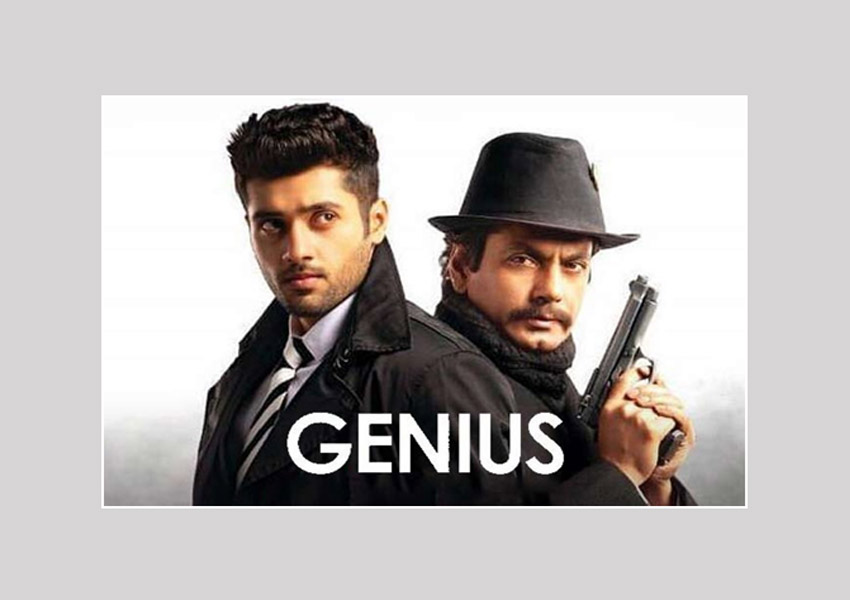 Remember the little Sardar boy who played Sunny Deol and Amisha Patel’s son in the 2001 film ‘Gadar’? Yes, the boy is now a grown-up young man and plays a suave mastermind in his latest release, Genius. From the maker of blockbuster movies like Gadar: Ek Prem Katha, Singh Saab The Great, The Hero: Love story of a Spy, Ab Tumhare Hawale Watan Saathiyo, Anil Sharma’s Genius marks the Bollywood debut of his son Utkarsh Sharma along with Ishitha Chauhan in the lead and industry veterans Nawazuddin Siddiqui and Mithun Chakraborty in supporting roles. Zee Cinema will premiere this fast paced action thriller on Sunday, 18th November at 9pm.

Genius is a gripping tale woven with elements of romance, music, patriotism and high-octane action. The movie revolves around the life of an orphan with a brilliant mind who is ready to walk the extra mile for the one thing that matters the most to him – Love. This fast-paced entertainer boasts of chartbusting music composed by HimeshReshammiya and sung by Arijit Singh, AtifAslam, JubinNautiyal and others.

Ahead of the World TV Premiere of Genius on Zee Cinema, Utkarsh Sharma shared, “Genius is a super exciting and completely entertaining film. It has action, romance, drama, thrill and suspense all rolled into one. It is about a unique clash between two geniuses – one played by Nawazuddin sir and the other by me and is full of twists and turns” .

Filmmaker Anil Sharma added, “According to me, filmmaking has witnessed a drastic change since its inception. I am of the practise, where I write the story first and then cast the hero. This helps me choose the right kind of talent I want to work with. For Genius, I felt the movie would be a perfect launching platform for Utkarsh and I couldn’t be any happier with my decision. With the film he has not only entered the industry but also paved a path for himself. For those who missed it in the theatres, they will be able to catch the World Television Premiere on Zee Cinema.”

Genius is a story of a tech mastermind Vasu (Utkarsh Sharma) who dons many feathers in his cap. The narrative begins with a flashback of a budding campus romance between Vasu and Nandini (IshithaChauhan). Besides being a love-struck teenager, Vasu finds himself in the middle of a mission for the Research and Analysis Wing (RAW), where he helps combat hacking. In the present, Vasu dresses in all-black, uses a walking stick and suffers from acute tinnitus. This troubled damaged Vasu is the one who survived multiple bullet wounds during a high-level mission and now heads a special division at RAW. He is entrusted with the responsibility of tracking a notorious criminal MRS (NawazuddinSiddiqui) who is linked to his past. From mouthing Vedic chants and shooting bullets with equal ease, to chasing a speeding convoy on a bicycle, and solving the rubik cube in record time, to ultimately saving lives, Vasu embarks on a life changing journey that promises to keep the viewers glued to their television screens.

Watch Utkarsh Sharma swoon the audience with his debut film ‘Genius’on 18th November at 12noon only on Zee Cinema.

Tags:
Previous Article
Chumbak and Ogilvy Launches Campaign Titled ‘A Little Quirk is All We Need’
Next Article
PLAYFUL: an ultimate guide to Child Safety