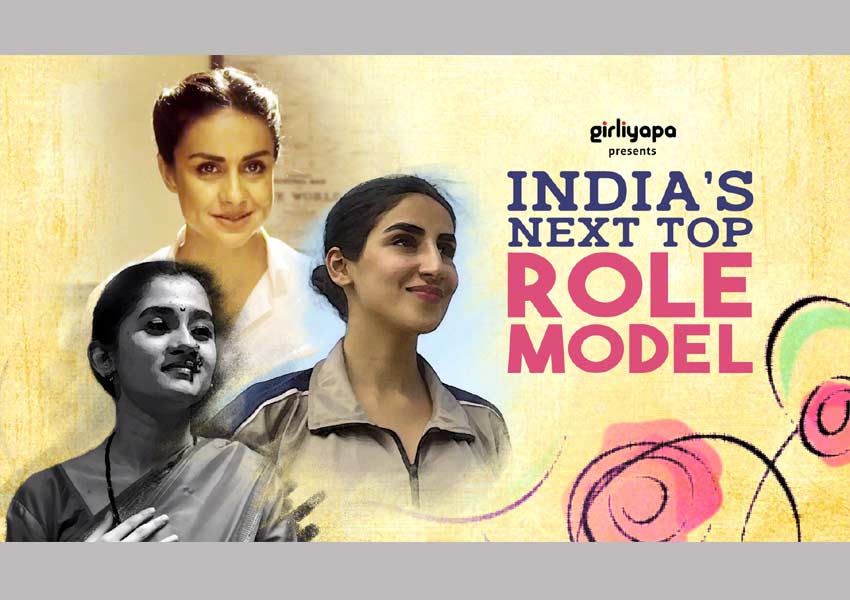 Girliyapa – the women centric channel from the house of The Viral Fever (TVF) has collaborated with the global champion for gender equality UN Women. As an extension of their global campaign ‘Comedy for Equality’, the satire titled ‘India’s Next Top Role Model’ not only tackles the issue of gender equality but also puts a spotlight on these unsung women warriors who have changed the dynamic of the system.

Sarjita Jain, Brand Head – Girliyapa said “Women have worked tirelessly, to strive for a society that allows equal opportunities. And yet there are there are those who remain unsung, in spite of all they’ve done to shatter the glass ceiling and paved the way for future generations. This Women’s Day Girliyapa aims to celebrate these unsung sheroes, who can hopefully act as inspirations for millions once these stories are told. We’re honoured to partner with UN Women & Mythos for this cause to spread awareness and instill hope and confidence in Indian women to believe in themselves”.

This International Women’s Day, get inspired by the valiant tales of these forgotten sheroes with ‘India’s Next Top Role Model’.

Tags:
Previous Article
Cathay Pacific collaborates with Uber on International Women’s day
Next Article
Viu’s ‘Love, Lust and Confusion’ is Back with Season 2

Viu’s ‘Love, Lust and Confusion’ is Back with Season 2
MediaInfoline Mar 08