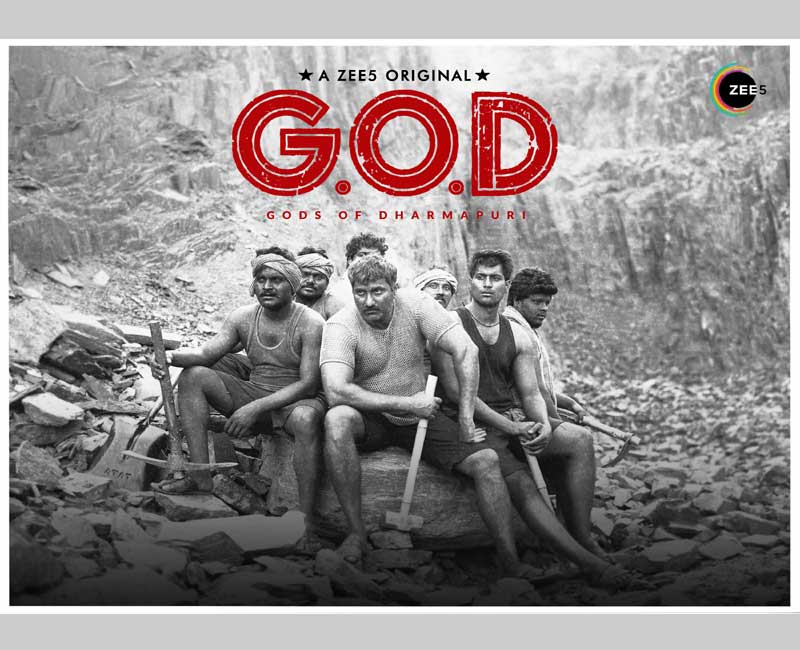 Gods of Dharmapuri (G.O.D), a critically acclaimed and popular Telugu web series premiered on Zee5 OTT platform has entered a successful one-year completion. A first of its kind Telugu web series, produced by talented Radhika Lavu, Ellanar Films takes the regional OTT content a notch higher with its gripping saga of power struggles set in Dharmapuri, near the Andhra and Karnataka border.

Premiered on October 23, 2019, G.O.D is still amongst the top 3 Telugu shows on its streaming platform Zee5 with 60% season engagement and most views. Currently, Zee5 hosts a handful of Telugu content and G.O.D has maintained its position and viewership even after 11 months of its release. Additionally, its subscriptions increased by 50%, showing great interest from the viewer’s end.

It has received rave reviews and gained huge praise from its viewers.  The show has been dubbed in multiple languages and has seen extremely positive engagement levels. The overall engagement level of the series was 60%, and most viewers watched more than one episode at a go.

G.O.D is a fictional political drama set during the 1960s – 1970s. It is the journey of a man who is struggling to make ends meet for his family, migrating to the mining town of Dharmapuri for a better future and chronicles how they become the most powerful family of this fictitious town.  It has received accolades for its narrative style which is bold and subtle, with stellar camera work and performances. It is also laced with masterful music which provides the thrill that the powerful storyline commands.

Radhika Lavu, Producer, G.O.D says, “It is an absolutely gratifying moment for the whole team of G.O.D and I must extend a big thank you to all our viewers. It has been an enriching journey filled with immense learning for me. I’m extremely happy about hitting a milestone as a filmmaker in the regional market. The one-year success of the first season of G.O.D is a testament that quality content is always appreciated by the audience. We’re excited to take this a notch higher with season 2 and our success gives me more confidence to continue creating content like this and tell more enthralling stories.”

Recently, the sixth edition of Young Entrepreneurs Summit & Awards 2020 by BW Business World recognised and awarded Radhika Lavu, Founder of Ellanar Films as one of India’s Most Enterprising Young Minds.

Even during the crisis time, Radhika Lavu was unleashing her creative mind and has been working on several other projects like television commercials and OTT content. Simultaneously, she is working on a riveting and soulful historical drama series which is something to look forward to in the coming months.