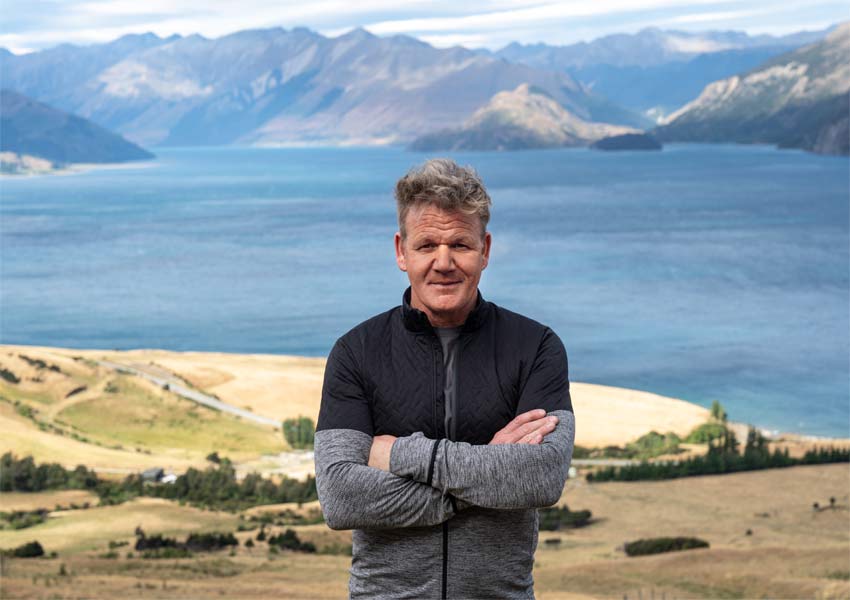 Gordon Ramsay is taking food as far as it can go in National Geographic’s new series Gordon Ramsay: Uncharted, premiering July 29th at 10 pm. The multi-Michelin-star chef and Ironman athlete embarks on a new exhilarating adventure around the globe.

From Peru, Laos and Morocco to Hawaii, Alaska and New Zealand, Ramsay will be roaring through valleys, diving into oceans, hiking through forests and scaling mountains in his relentless pursuit of culinary inspiration. Food and adventure programming is familiar ground for Ramsay, whose 2010 UK series for Channel 4, “Gordon’s Great Escapes,” saw the venerable chef explore the food culture of India and Southeast Asia.

Gordon Ramsay: Uncharted follows Ramsay as he meets with indigenous people around the globe to learn about the cultures, dishes and flavours unique to each location. Every ingredient he harvests and dish he tastes will inspire a new recipe from scratch, created to represent the heart of that culture. Each episode concludes with Ramsay challenging himself with a local food legend by his side – putting his newfound skills to the test as they cook a feast together for the natives. For Ramsay, food is the gateway to culture, and every adventure is a portal into the soul of the people and place.

“It has been an amazing journey travelling off the beaten path with National Geographic and connecting with locals to learn and share incredible stories of unique traditions, delicacies and the extreme lengths it takes to harvest native ingredients,” said Ramsay. “I have learned way more filming this series than I have in the last 10 years.”

The adventures – culinary and otherwise – that Ramsay takes in the premiere season include:

The series will also air globally in 172 countries and 43 languages. Gordon Ramsay: Uncharted is produced by Studio Ramsay. Additional episodes of the series have already been ordered ahead of the premiere, with production set to resume later this year.

Gordon Ramsay: Uncharted Premieres on July 29 at 10 pm, on National Geographic and Hotstar.