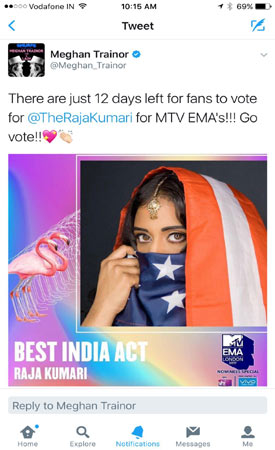 Grammy winner Meghan Trainor showed some massive love for American Indian rapper Raja Kumari on her socials requesting fans and people in general to vote for the artist for the 2017 MTV EMA. Meghan is a close friend of the critically acclaimed artist, who tweeted saying “There are just 12 days left for fans to vote for @therajakumari for MTV EMA’s!! Go vote!!”

Commenting on the same Raja Kumari says, “Meghan is a good friend of mine and has always been so supportive. It’s really sweet of her to get on twitter and ask her fans to vote for me. I am really thrilled  on the EMA’s , fingers crossed!” 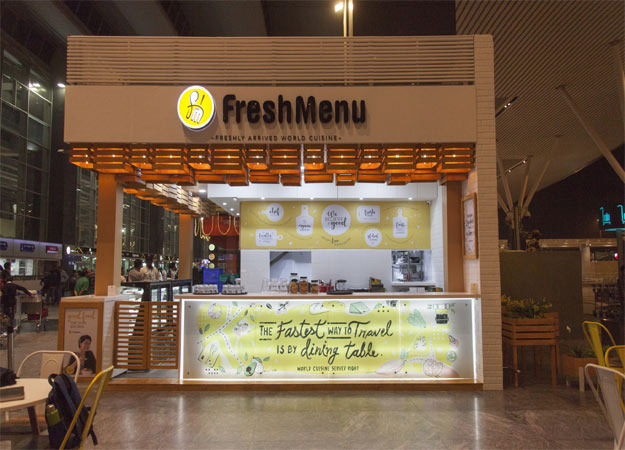