Harper’s Bazaar India shoots its May cover on a smartphone 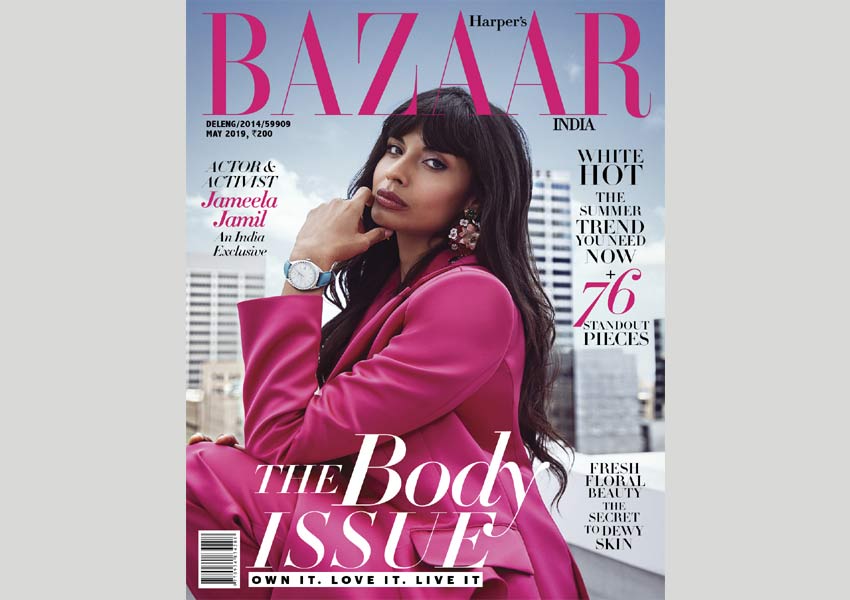 Harper’s Bazaar India shot its May 2019 cover and cover story on a smartphone. The cover, shot on the soon-to-be-released OnePlus 7 Pro, features Jameela Jamil, an actor and activist, who insisted there be no digital retouching or airbrushing in her photographs.

“This was a perfect fit for our association as the camera on the phone is made to capture life in all its beautiful vibrancy. We present to you images through the lens of honesty. Sans digital distortion,” says Bazaar editor Nonita Kalra. “As the most exciting, outspoken and important voice on body positivity around the world, the message was clear. Images have to be presented as they are – and we must celebrate the truth.”

Harper’s Bazaar shot with Jameela in Los Angeles, on a rooftop terrace. And the camera on the OnePlus 7 Pro perfectly captured the brightness of the clothes against the clear blue sky. Says Bazaar’s creative director, who was present: “It’s a picture-perfect camera, and the output was amazing. I couldn’t believe we had an option to shoot RAW images without having to connect it to an app or computer. We used the phone to capture behind-the-scenes clips and noticed the video was even better.”

Expressing her excitement, Publisher of India Today Lifestyle Group, Karen Wilson Kumar said, “It is going to be the cover of the season. I believe what we have managed to achieve is unprecedented and I am elated that we have been able to combine synergies of two hugely popular global brands – Harper’s Bazaar and OnePlus – in such a beautiful manner.”

The much-awaited OnePlus 7 Pro is launching globally in simultaneous launch events in New York, London and Bangalore on May 14.