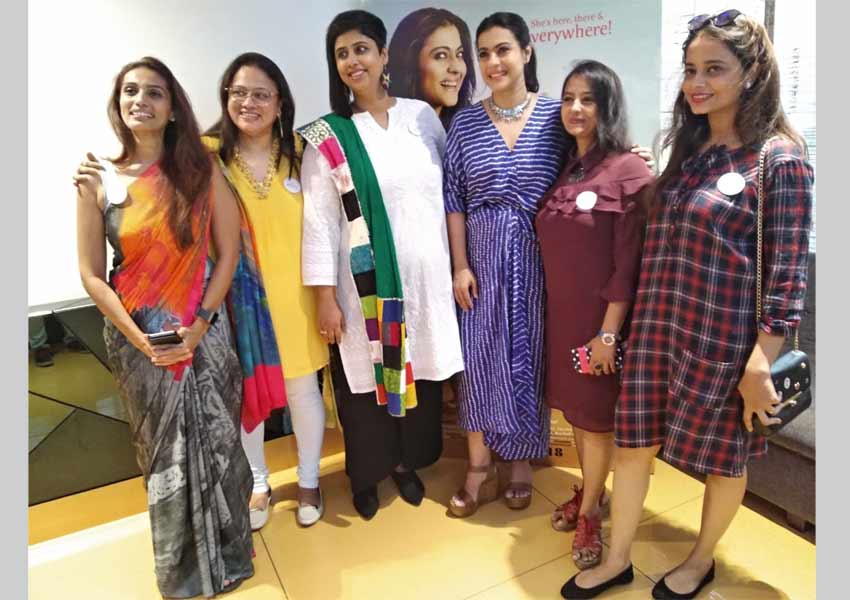 Helicopter Eela after turning so many heads worldwide for its endearing narrative finally opened doors first for mothers all across Mumbai. The city saw a special screening of the film on a Thursday afternoon, exclusively organized for these uncapped heroes of our lives. Mothers from all walks of life attended the event in large numbers and the response has been truly overwhelming and how!

The auditorium echoed of giggles and tears as the film kept reminiscing their lives. The crowd thoroughly enjoyed the exclusive screening and came out of the theatre, crying with delight.

Not just this but we’ve also got some heart-warming comments from the mommys which will surely drive you to watch the film this weekend- “Kajol is not only an actor par excellence but also aces every role that she embodies in real life- as a wife, mother, sister, etc. Her upcoming film Helicopter Eela has her playing the role of a mother of a teenage son and may be peppered with dollops of humor, but in real life, she takes parenting very seriously.”

“Lucky to be a part of the pre-screening of Kajol’s Bollywood movie Helicopter Eela. Super movie and must see for all Moms with their family.”

“It was a superb experience… Kajol has nailed it…She is just awesome in the film…a very natural acting.. This film is an everyday scene in each and every house… “

Directed by Pradeep Sarkar, Helicopter Eela will take you through a journey of a parent who is overprotective and adorable at the same time. A theatrical ride full of emotions, drama and madness like never before will surely hit you straight in the heart for it soul-stirring portrayal of this incredible relationship.

Tags:
Previous Article
Saif Ali Khan gets candid about his character Shakun Kothari in Baazaar
Next Article
Grief will turn into revenge as ‘Solace’ is all set to premiere on &Privé HD