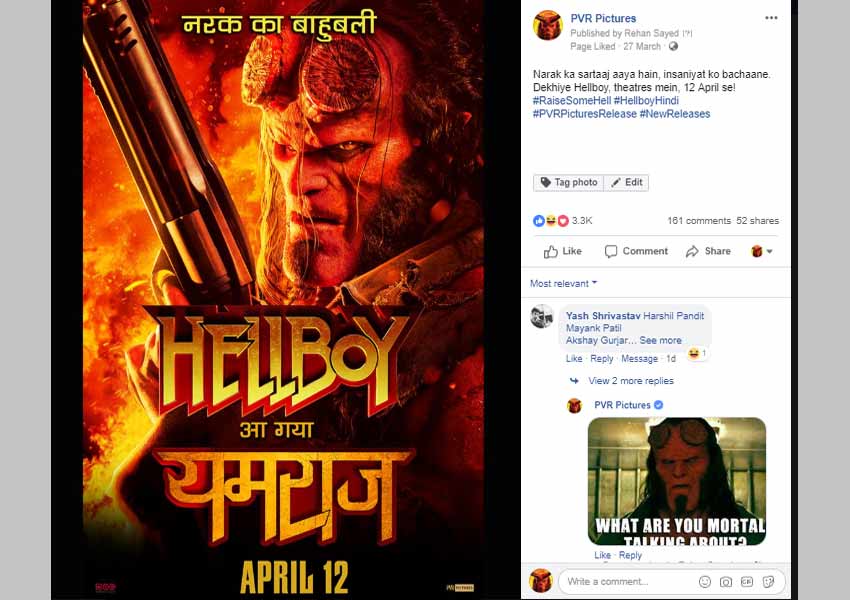 Hellboy is premiering soon, one would think his primary battles would include warding off some giants in the English countryside. If you’ve seen the clasps of Harbour’s Hellboy using a blazing sword and riding a mythical beast into a fight, you’ll now have that sense. However, on Sunday evening Hellboy became embroiled in an entirely different kind of conflict, when he took over the social media handles of PVR Pictures and put out erratic comments in his very own idiosyncratic and quirky tone.

On April Fool’s Day, the movie with his wit and dry sarcastic sense of humour engaged online with the users through the hashtag #AprilFireDay. Twitter assuredly has a whole bunch of active partakers, and what’s more, Hellboy even assumed control over PVR’s Facebook and Instagram accounts. However, the fans comprehended enthusiastically in the conversations the whole time, suggesting the excitement was real. It seems the makers dived deep into the comics to nail the character.

PVR Pictures and MVP Entertainment will release Hellboy in India on 12th April, 2019.