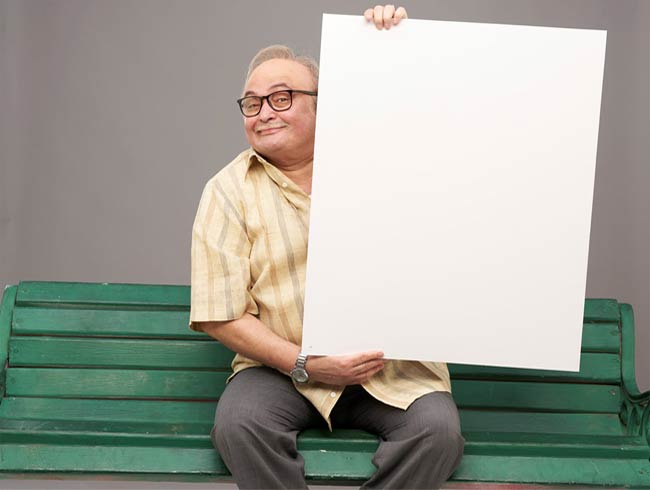 In his hey days Rishi Kapoor has charmed everyone with his on screen persona and played characters that always brought a smile on everyone’s face. When the actor made a comeback into films after a gap, he left all moviegoers shell-shocked with his character Rauf Lala in Agneepath.

In his next outing, Umesh Shukla’s 102 Not Out the actor will be playing a 75-year son, while Amitabh Bachchan plays his 102 year old father. Kapoor plays Babulal, who has resigned himself to a life of old age stuck in drudgery.

Though Rishi and Amitabh have worked together in many films earlier, this is the first time; they will be seen playing father-son duo on the big screen. It will be fun to see that the duo will entertain the audience this time around.

A Sony Pictures Releasing International Production and worldwide distribution- 102 Not Out is Produced by SPE Films India, Treetop Entertainment and Umesh Shukla’s Benchmark Pictures. The film releases worldwide on 4th May 2018.