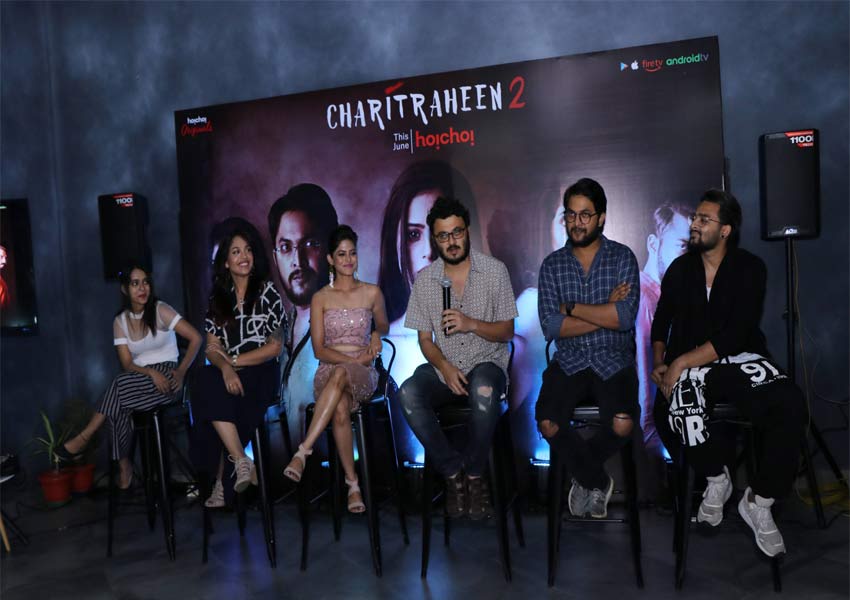 hoichoi had announced their content line-up for the upcoming year starting with Charitraheen. The show went live on the platform on 29th September and broke boundaries and records, with tons of acclaim and positive response from its audience and critics.

Charitraheen, primarily, is an experimental drama. The overall essence of the web series is that it highlights the complexity of relationships. In the second season, the characters – Kironmoyee, Satish and Sabitri return after the events of the first season to continue the dark tale of these few lost souls in a maze of love, lust, desire and betrayal. A few new characters are also introduced this season who will bring forth more essence and get involved in this quest for love that goes too far.

The teaser of Charitraheen 2 starts off with a melancholy song by popular singer Lagnajita Chakraborty highlighting glimpses of the characters in pain ending with a monologue. It has been launched in the presence of the cast, namely, Naina Ganguly, Saurav Das, Mumtaz Sorcar, Saayoni Ghosh, Sourav Chakraborty and Shweta Bhattacharya along with Director, Debaloy Bhattacharya in a lavish press conference.

Link to view the teaser: here

Charitraheen 2, will be streaming from 21st June exclusively on hoichoi.

Charitraheen 2 is a quest of love that goes too far