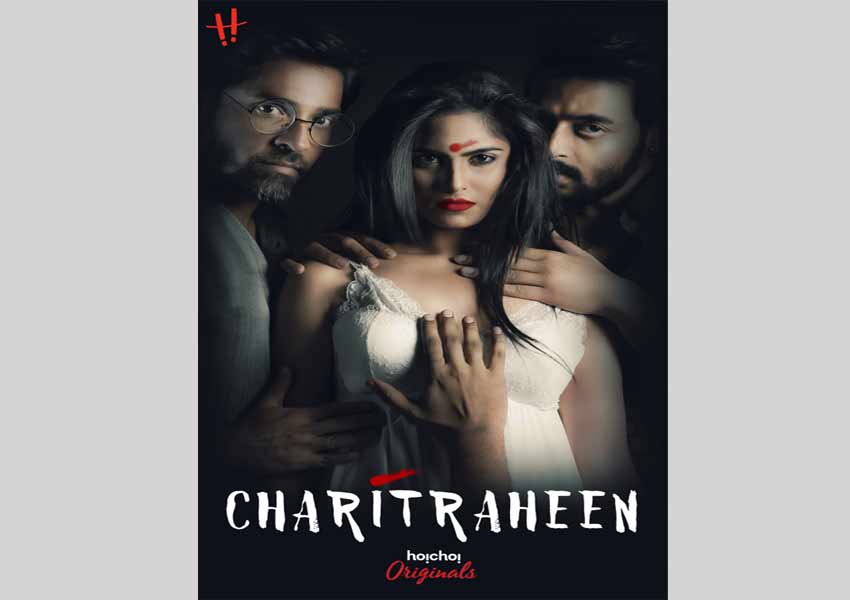 hoichoi announced 30 new Original web series as a promise to their audience for the next year. Fulfilling their promise, they already have the first of the lot ready to stream from 29th September with initially 4 episodes out of 10 – Charitraheen. The name “Charitraheen” (literal translation being “Characterless”) has an intrigue of its own. hoichoi never backs away from taking challenges of presenting Original content which will have tongues wagging and this web series is a perfect example of that.

Inspired by Sarat Chandra Chattopadhyay’s novel of the same name, Debaloy Bhattacharya’s Charitraheen is a take on immorality and infidelity.  Set in the present time, the characters are portrayed to be characterless. As we keep guessing and judging, this series aim to take the viewers to a plane beyond all judgement.

The rest of the episodes will be streaming from 6th October and 13th October respectively, divided into 3 and 3 episodes.

From the Official Trailer we see the dark tale of these few lost souls in a maze of love, lust, desire and betrayal are destined to be doomed. The journey traces these men and women as they try to come out clean. It is to see who finally gets nailed as ‘Charitraheen‘ and what happens to the rest. It is an effort to categorise these characters in today’s light, to find them around us and to see ourselves in them. Down with morality and social conventions, long live suffering!

The story revolves around the couple Kiran/KIranmoyee (Naina Ganguly) and Harius/Haran (Gourab Chatterjee) and their complicated relationships with Satty/Satish (Saurav Das), Sabitri (Saayoni Ghosh) and others, who get involved in this quest for love that goes too far.