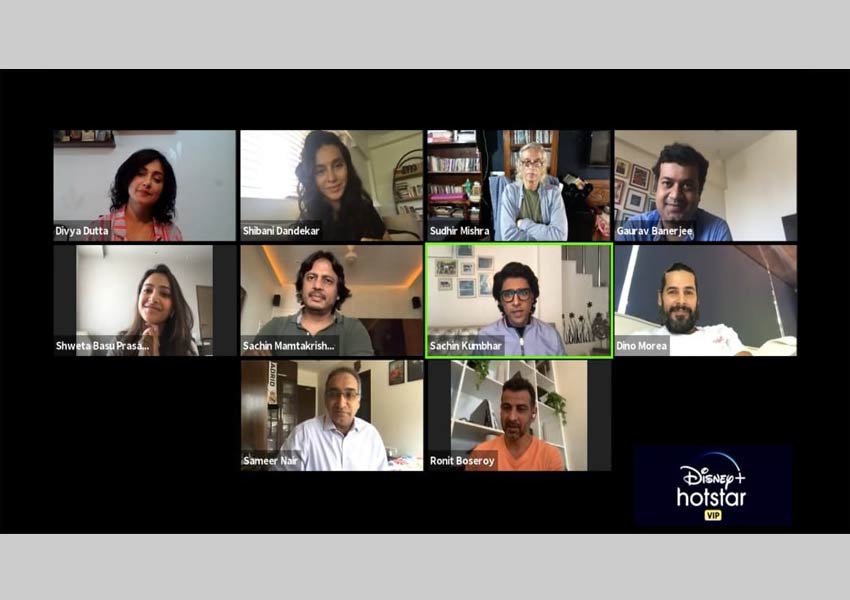 SP Prithvi Singh is back – only this time the hunter has become the hunted. After a ground-breaking Season 1 that left audiences on the hook, Hotstar Specials is set to up the ante of crime thrillers in India with the launch of Hostages Season 2. As the plan of killing CM Handa (Dalip Tahil) in Season 1 goes awry, audiences were left guessing about Prithvi Singh’s (Ronit Bose Roy) next move. The story now begins shortly after revealing that CM Handa is indeed alive and Prithvi Singh has kidnapped the politician, but an unfortunate chain of events ends up making Prithvi a hostage himself. Sudhir Mishra returns this time as a Series Director along with Sachin Mamta Krishn as Director. Hotstar Specials presents Hostages Season 2 is produced by Applause Entertainment in association with Banijay Asia and is set to launch on 9th September 2020 only on Disney+ Hotstar VIP in seven languages.

As the story picks up steam, it introduces a whole new set of characters, each with their own agenda and complicated reason for being involved in the murky situation surrounding CM Handa’s kidnapping.  Ronit Bose Roy reprises his role of protagonist SP Prithvi Singh who is caught in the eye of storm and is trying to find a way out of this hostage situation. Joining the ensemble cast are actors Divya Dutta, Dino Morea, Shibani Dandekar, Shweta Basu Prasad, Shilpa Shukla, Amit Sial and Kanwaljit Singh. Also making a come-back from the previous season are actors Dalip Tahil, Surya Sharma, Aashim Gulati, Anangsha Biswas and Mohan Kapur.

Gaurav Banerjee, President & Head – Hindi and English Entertainment, STAR India, “We received a fantastic response from audiences for the first season of Hostages. It was disruptive, edge-of-seat content that instantly became a fan-favorite. This season is creatively exciting and we have tried to keep the bar of storytelling at par with global standards in terms of production quality and storytelling and we are excited once again to partner with Applause Entertainment to extend this franchise and make it even larger than the previous season.”

Sameer Nair, CEO, Applause Entertainment, “Season 1 of Hostages did amazingly well and the expectations for Season 2 are sky high. We are really excited with the way the story ahead has shaped up. It’s been a terrific team effort from all our partners – Armoza, Banijay Asia and Hotstar Specials that has helped make this season a thrilling roller coaster ride. Helmed directorially by both Sudhir Mishra and Sachin Krishn and adding a wonderful new cast of actors into the mix, Hostages 2 takes the action and thrills up several notches as the stakes rise even higher.  Ronit Bose Roy as the unflappable Prithvi Singh must do whatever it takes to save his wife even as the noose around them tightens from all sides.”

Sudhir Mishra, Series Director said, “Hostages franchise is very close to my heart because of the unexpected nature of the narrative – it’s explosive, twisted and will catch everyone by surprise! As a storyteller that’s exactly the kind of work that I thrive on. Hostages Season 2 marks a journey with an intriguing turn of events and brings new faces, new secrets and new mysteries for the audience to explore and enjoy. DOP turned Director Sachin Krishn has done a fantastic job .”