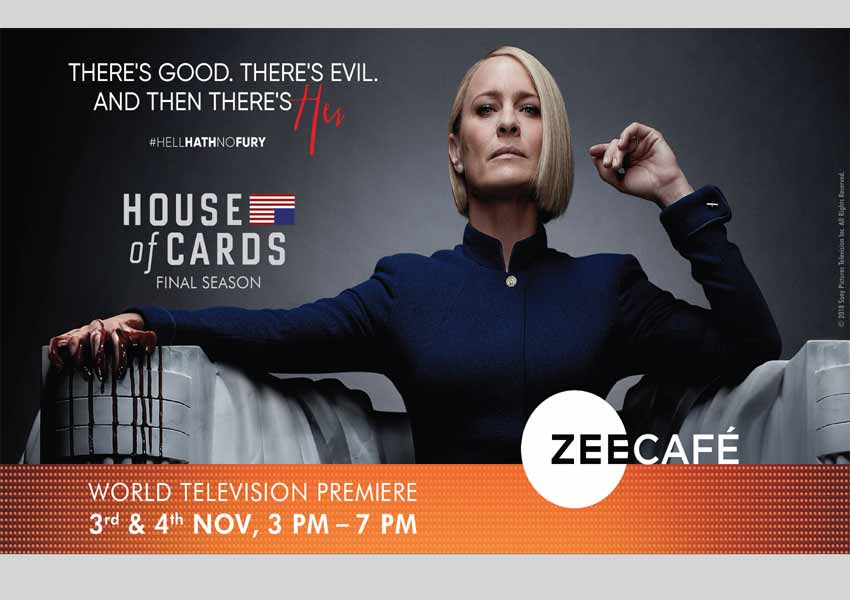 Zee Café is all set to bring you the World television premiere of the final season of House of Cards with even more gruesome twists and harsh turns in Claire’s political gambit. With the campaign proposition #HellHathNoFury, the channel depicts the edgy and beguiling side of the power-woman in the upcoming sixth season. The superhit political drama will have an exclusive television weekend-binge on Zee Café, on November 3 and 4, 2018.

The Emmy and Golden Globe-winning political drama, which is a relentless exploration of power and ambition in a harshly American way, will premiere on Zee Café with a finale weekend marathon. The channel is giving the viewers an opportunity to watch their favourite show in the comfort of their home.

Abstaining from the conversations about the misconduct that led to the ouster of the actor playing the lead character of Frank Underwood, Robin Wright is all set to take the driving seat reaching and staying at the helm. This is the first season where Spacey is missing, who was shown to have died at the end of fifth season. Ending Season 5 on a high, the final season with new actors Diane Lane and Greg Kinnear playing key roles, is set to grip viewers with the intriguing course of journey that unfolds for the bold and edgy character of Claire.

Speaking about House Of Cards, Shaurya Mehta, Head, Premium Cluster, ZEEL, said, “As one of the highly acclaimed American political drama ‘House of Cards’ comes to an end with the sixth season, Zee Café is proud to be culminating this journey with a binge, having telecast all the seasons of the series since 2014. Considering our viewers’ appetite for new and differentiated content, our weekend-binge for the World Television Premiere comes a day after the international release of the show’s sixth season. The viewer of today also yearns to binge-watch their favourite show without any interruptions and wishes to be a part of the digital chatter simultaneously. That’s exactly what the channel offers – viewing experience at their comfort, while being a part of the social conversations. The upcoming season has been much anticipated having created a lot of buzz on social media and we expect fans to continue the trend post airing of the show.”

Speaking about the final season premiering on Zee Café, Prathyusha Agarwal, Chief Marketing Officer, ZEEL, said, “With the sixth and final season of House Of Cards on Zee Café, we want to carve out the dark and edgy side of Claire Underwood and her unapologetic hunger for ascending to power, with the campaign positioning of #HellHathNoFury. This being one of our prime properties, we will be bringing this alive through interactive engagement with the industry leaders and viewers to drive conversations. With the World Television Premiere of the finale on Zee Café, we are leveraging on the conversations around the much-awaited show’s finale, while building this traction further with our weekend-binge.”

Keeping in line with the proposition of the season closure, Zee Café has chalked out/earmarked a robust marketing campaign around #HellHathNoFury. The channel will be engaging its viewers through a high impact campaign across television, print and digital mediums in key mega cities. The channel is creating engagement through social media and influencer activity for the much talked about property and its much-anticipated finale.

Tune-in to witness Claire Underwood unfold her ultimate moves with the final season of House of Cards on the weekend of November 3 and 4, from 3PM to 7PM on Zee Café. 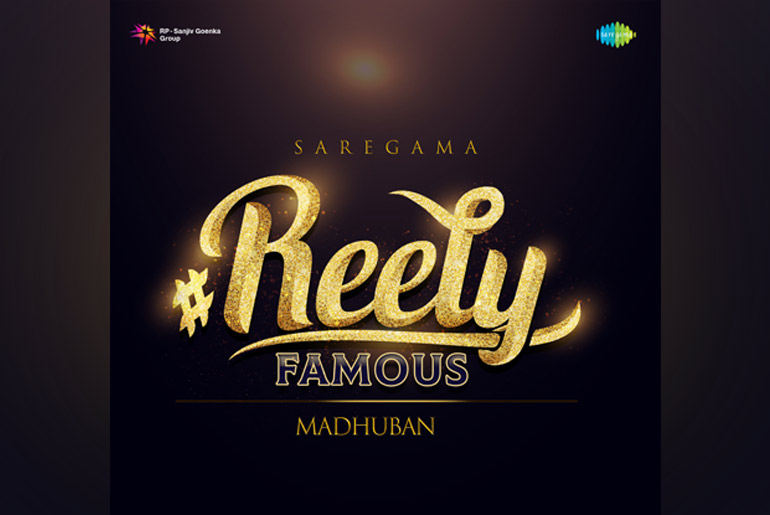