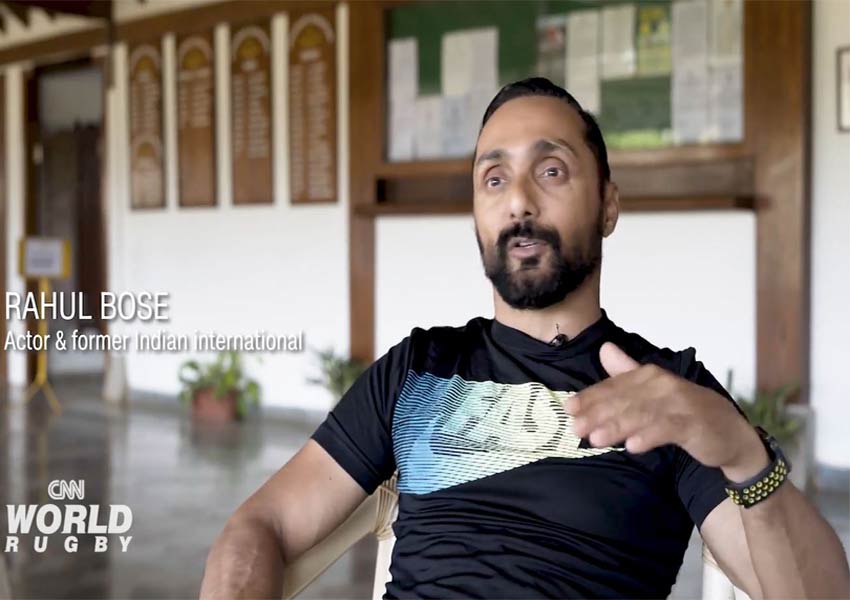 This month CNN World Rugby is in India to meet Bollywood actor and director Rahul Bose to talk about his passion for this rapidly growing sport. CNN World Rugby catches up with the high-profile rugby advocate to explore how and why the sport is taking off and learn how Bose leveraged his two million twitter followers to create a rugby revolution.

Key quotes from the episode include:

On being an actor and a rugby player

When India became an official rugby playing nation, I was like, there’s no way on earth I am not going to play for my country. Every sportsperson has that dream.

I would craft my film career, around rugby, it was not the other way around.

There would have been a very good chance that after I became an actor, I should have stopped playing rugby, because the two don’t go together. One is all about your face, and the other one is all about breaking your face. So I had to make a choice.

For me it was more important playing for India.

On using his profile to promote rugby

I think every sport needs some somebody who’s a lightning conductor, for attention. If I can leverage the films I do, or the films I direct, or the awards I get and speak about the sport, I’m shamelessly going to do it.

On the impact rugby has had on Indian youth

It is an astounding social transformation within the sport that we’ve seen. Today the boys and the girls, the men and the women who play this sport in this country are not so economically upscale. I can count literally on the fingers of two hands the amount of kids who are playing the sport today, who can be termed as well-off.

This is their way to tell the world we account for something, we are something.

CNN World Rugby is produced by CNN Vision, the global production powerhouse of CNN International, which brings the world’s breath-taking diversity into cinematic focus, telling stories that inspire audiences around the world.