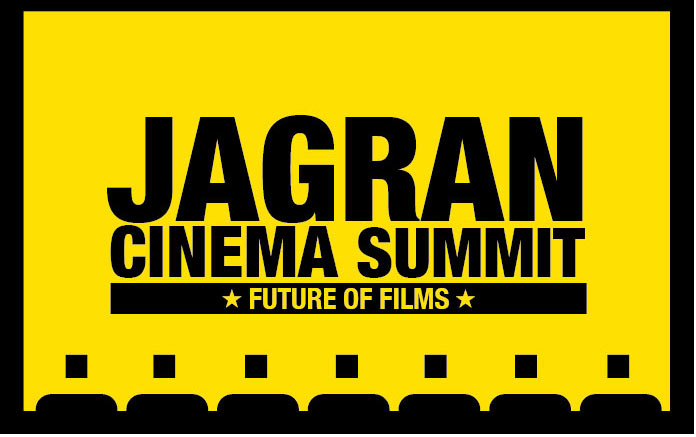 As the world of cinema is at a cusp of a revolution, industry stalwarts come together to discuss its future at the first Jagran Cinema Summit, to be held at JW Marriott, Juhu on Friday, 15th September’17. This conference would bring together community partners from across creative industries and examine the most pressing issues facing the industry today.

The swift shift from single screen theatres to multiplexes to laptops and more recently on mobile phones, calls for changes at all levels of a film including production, revenue and distribution models. The day-long series of events would focus on this change through conversations, panel discussions and presentation talks.

The afternoon will begin with the opening ceremony followed by a talk on  Where We Are Now and Where We Are Heading – the strides cinema has taken and the changing production as well as revenue model.

Next would be an hour-long panel discussion on Does size (of the screen) matter? with Madhu Mantena (Founder, Phantom Films), Ajay Chacko (Founder, Arré), Sameer Nair (Former CEO, Balaji Telefilms), Shrishti Behl (Producer, Rose Movies) and Actor Vivek Oberoi. These thinking heads would closely look at the changing consumption patterns of on-screen entertainment, and its effect on not just filmmaking, but allied industries like television, Internet, smartphones, and OTT platforms – how at the intersection of it all, filmmaking has transformed heavily with respect to distribution and production model and how top production houses and actors aren’t shying away to shift to smaller screens. The competition to grasp audience attention now that viewership has moved to handheld devices is even more strategic and fierce.

This would be followed panel discussion and conversations hosted by Mayank Shekhar, followed by a presentation Looking back as we look ahead on the heritage of Cinema and restoration of films to preserve our rich legacy by Shivendra Singh Dungarpur (Founder, Film Heritage Foundation). Subsequently, the Changes in the economics of filmmaking would take up intense topics like variation in film budget, stars turning into producers, production houses cutting down on costs, and the impact of theatrical footfall. On the panel will be Siddharth Roy Kapoor (Producer and President of the Film and Television Producers Guild of India), Mukesh Bhatt (Founder, Vishesh Films), Sajid Khan (Director and Box Office Guru), Amrita Pandey (VP, Studios, Disney India), Alok Tandon (CEO, Inox Leisure Ltd) and Guneet Monga (CEO, Sikhya Entertainment).

The session will conclude with a Conversation on the Future of Stardom with Varun Dhawan and Mayank Shekhar.

With high profile filmmakers, marketers and distributors sharing their insights on the imminent future of cinema, this exclusive summit will explore new trends and opportunities across all areas of the Indian film industry.