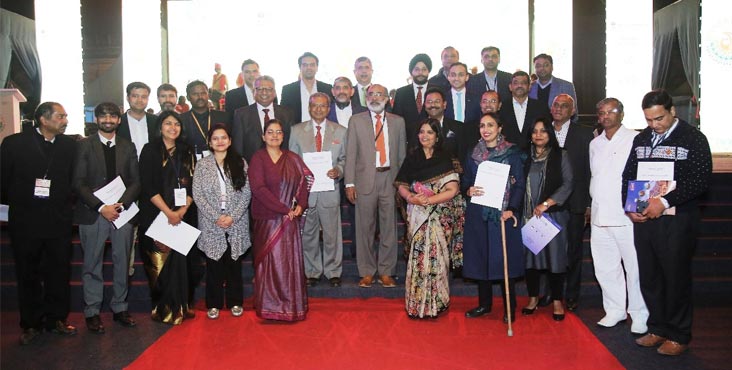 With the dawn of 69th Republic day, India came together with evoked feelings of patriotism to celebrate ‘Bharat Parv’, a six day long festival showcasing rich cultural and traditional heritage of India. The Event was organized at the Red Fort grounds from January 26, 2018 to January 31, 2018.

Organized by Ministry of Tourism (GOI), the festival was managed by Ashok Events, the events and creative division of India Tourism Development Corporation (ITDC), a Public Sector Undertaking under the aegis of Ministry of Tourism, Govt of India. The highlighted purpose of organizing the event was to generate the emotions of patriotism leading to engage the citizen in promotion of India’s cultural diversity. Also, the major motive was to popularize idea of ‘Dekho Apna Desh’ and to encourage wide participation and engagement of citizens.

Shri Anmol Zutshi, General Manager, Ashok Events Division, ITDC said, “To be designated as Ministry of Tourism’s executing agency for the six day long extravaganza, is a matter of immense pride and honor for ITDC. This was 3rd consecutive Bharat Parv at Red Fort organized by MOT wherein ITDC worked as event manager and displayed its capabilities in conceiving, implementing and managing mega events. We tried to do our best to make this event a wonderful experience for the visitors attending it. Bharat Parv was organized by Government of India as part of Republic Day celebrations-2018 with an objective of promoting the rich cultural and traditional diversity of the country and to associate each and every citizen with such national festival.”

Artists from all across the country performed at the ‘Bharat Parv 2018,’ which was open for public from 12 noon to 9 PM till 31st January 2018. The Bharat Parv was organized with the theme ‘Dekho Apna Desh’. Republic Day parade tableaux, performances by armed forces’ bands, Photo Exhibition by the Directorate of Advertising and Visual Publicity (DAVP) along with cultural performances promoted the rich cultural variance of the country. The theme and events witnessed wider participation of general public.

The Event had Craft Mela with 50 stalls which showcased the diverse handicrafts of the country, arranged by the State Governments and Ministry of Textiles and each state showcased their strengths and offerings along with tourism products.

Another major highlight of the celebrations was a live ‘Cookery Demonstration Area’ set up in the food court to promote cuisines of different States of India. The  Food  Court stalls  were set  up  by the States/UTs, National Association of Street Vendors of India (NASVI)  showcasing  street  food  from  different  regions  as  well  as  by Ashok Institute of Hospitality & Tourism Management (AIH&TM) of ITDC and other Institutes  of Hotel  Management under NCHMCT.