Its a Date: Not limiting love to certain boxes and boundaries 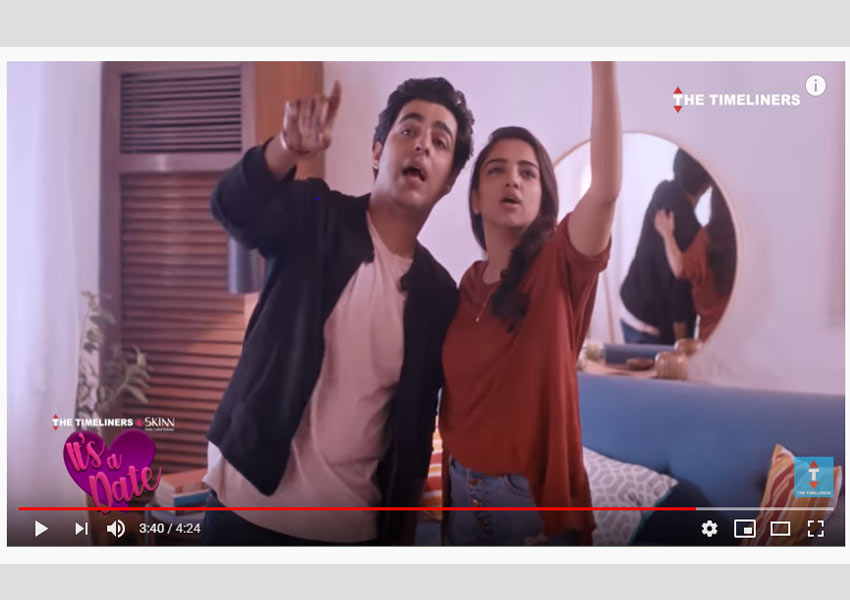 Skinn by Titan wants to position its fine perfumes as the most thoughtful gift you can give your loved ones. Skinn also has a range of gift packs, ideal for intimate occasions like Valentine’s Day. The brand wants people to realize that not all gifts are alike and that a Skinn perfume is classy, stays closer to the person than anything else, and has an unparalleled emotional appeal as it evokes the memory of the one who bought them that perfume with each usage. ‘It’s A Date’ has a refreshing take on Valentine Day; it is a celebration of the unique bond between two best friends. It’s a slice of life in today’s youth, with an unpredictable end. Initially, one would assume that the protagonists are a live in-couple. Soon after, they would assume that the male lead is about to propose. Only later they would realize that the gift was no more than an expression of platonic love towards his flat mate, and that his date is with another male friend.

Quote from the Brand spokesperson, Mr. Ankit Kasliwal: Marketing Head, Fragrances, Titan Company Limited: There are often many things which remain unsaid in a relationship & even when you want to say sometime the words aren’t just enough to convey a gamut of emotions. Gifting a Skinn perfume is a very warm, thoughtful & personal gesture which the protagonist does in the film to convey his feelings to his flatmate. The film is progressive in the brand’s take on not limiting love to certain boxes and boundaries.

Conceived by Ogilvy Bangalore and brought to life by The Timeliners, “It’s A Date” is a heartwarming story of modern love – not limited to romance between couples, but also the affection for people who are important to you. So this Valentine’s Day, when you can’t find the words to express your emotions, Skinn by Titan reminds you that it’s #BestSaidWithSkinn.

Quote from the Creative partner (TVF), Mr. Rahul Sarangi: Global Head – Content and Business, The Viral Fever: “Youth today have strong opinions, preferences and feelings that they don’t hold back. With changing trends, Skinn by Titan has struck the right chord and has taken a great route to bring to life the openness of today’s time. We are delighted on this partnership with them for ‘It’s a date’ and our aim is to ensure that the thought reaches far and wide as well as to the right audience.”

Quote from the Media Agency (Wavemaker), Mr. Kishan Kumar: Vice President, Wavemaker: “Skinn, as the brand signifies, wanted to take a contemporary approach on this Valentine’s Day. We believed the best way would be to strike a powerful communication which personifies Skinn as an enabler of love and friendships. So instead of building the usual pressure of finding a date, the team along with Ogilvy and The Timeliners co-created ‘It’s A Date’ – a heartwarming story of modern love.”

Final Link to view the film.