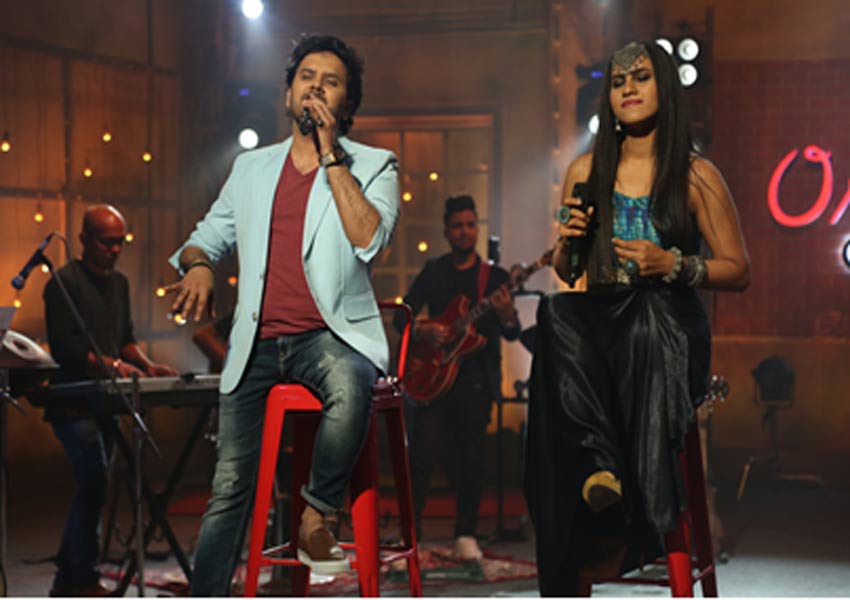 The composer of the first episode of Oriplast Originals, Subhadeep Mitra, is back with another track for its 6th episode which started streaming today on SVF Music. The song, titled Eh Shomoy, has been extraordinarily sung by Javed Ali and Nikhita Gandhi. They make a fantastic vocal pair due to the gentle voice of Javed Ali and the husky tone of Nikhita Gandhi creating a soothing tonality of the song.

Eh Shomoy is a fusion of Rajasthani Folk, Indian Classical and Pop Music. Learning about the ragas can take a lifetime and the dominant notes of the Raga define the mood. This song has some touch of Raag Desh. This Raag when heard in the late evening, sets up a different mood during this monsoon season. The instruments rendered are Ghatam, which is an ancient percussion mostly used in South India and Esraj, a string instrument with its origins in Afghanistan therefore, maintaining the authenticity of Indian Classical Music along with modern instrumentation.

Thrilled to be associated with SVF Music, and Oriplast Originals, Javed Ali said, “It’s always a pleasure to sing Bengali songs but this one will be close to my heart. The authentic mix of Rajasthan and Bengal in the form of folk, classical and pop will be loved by all! Thank you SVF Music for creating a content like Oriplast Originals.”

Nikhita Gandhi exclaimed, “I’m so happy to be part of Oriplast Originals and to be one of the first few who get to introduce this fresh concept to the listeners of Bengal. I’m proud to be a born and bred Kolkata-r meye and know for a fact that our Bangla audience will absolutely love to hear what Oriplast Originals has to offer!”

Subhadeep Mitra, about his 2nd composition for Oriplast Originals added, “This song belongs to that special corner of my heart. 20 years later if someone comes up to me asking me to show him my favourite song from my archive, I will play him this song! I have my heart and soul in this song. I present my composition Eh Shomoy. This is a fusion between Rajasthani Folk, some touch of Raag Desh & contemporary Pop music. Javed Ali and Nikhita Gandhi have sung this song as soulfully as one can think of! I am grateful and thankful to the whole team who has worked and made it sound good.”

Spearheaded by SVF and Ori-Plast Limited, Oriplast Originals is the biggest Bengali music collaboration with 16 artistes from all over India along with 7 composers. These two leading companies, in their own sectors, have joined hands to create Bengal’s first branded original content bringing forth 10 songs in Season 1 to pipe hot music into our playlists.

Listen to the enthralling number: here