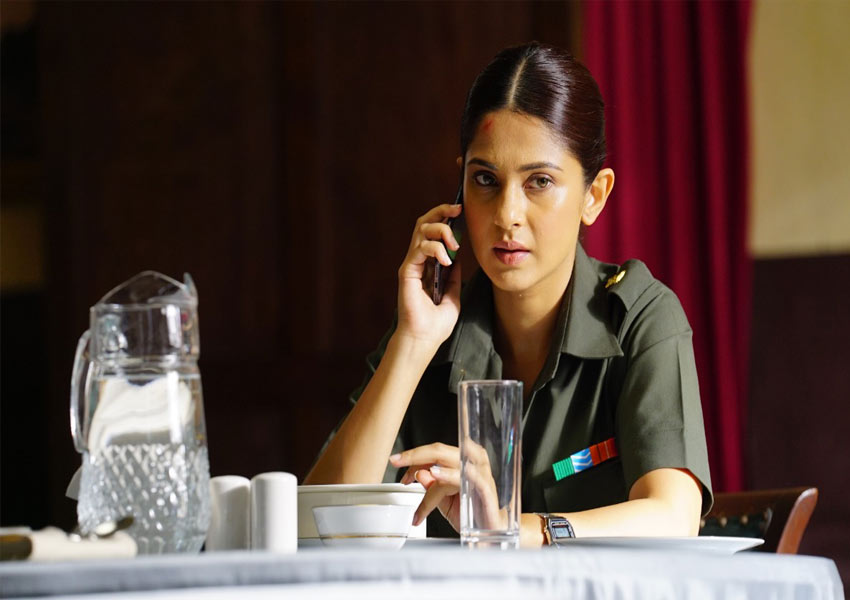 Having worked with Balaji Telefilms in the 2000s serial, Kasautii Zindagii Kay, fans of Jennifer Winget can’t wait to see what lies in store as far as their favourite actress and the theme of the show is concerned. Jennifer Winget will be seen playing a military lawyer in ALTBalaji’s new web-series Code M. Her character Monica is clumsy, forgetful, moo-phat, a little tactless but full of zest for life.

Speaking about her character, Jennifer Winget said, “I am really excited to be playing the role of an army officer. When you portray such a character, there comes a lot of responsibility with it. Realizing how interesting this challenge would be is the very reason why I took it up. Playing Monica is no easy feat, as she being part of the army required me to work on my fitness as there are a lot of action-packed scenes in the series.”

Code M is the story of an Indian Army lawyer, Monica Mehra, who uncovers an uncomfortable truth while investigating an open and close case of a militant encounter. This truth exposes a secret so explosive that it not only destroys a family in its wake but shakes up the entire Indian Army.