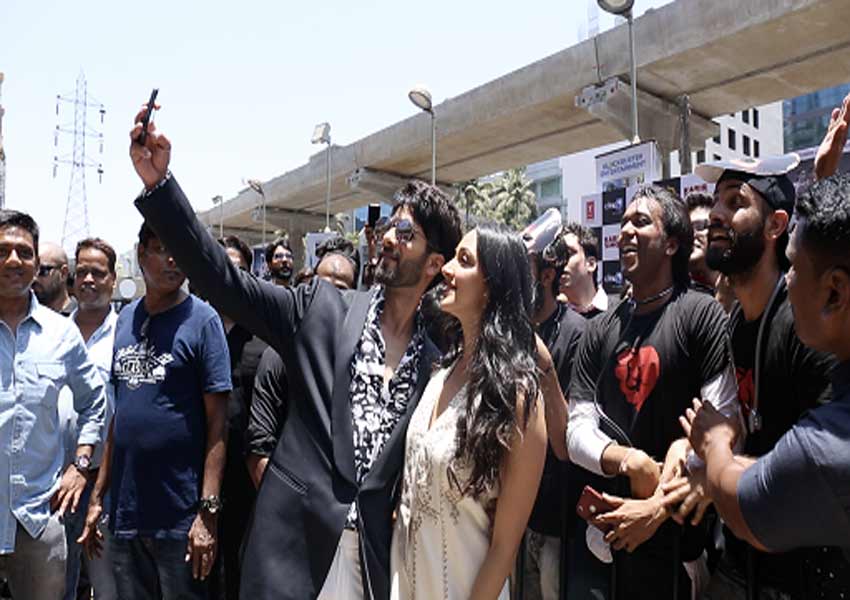 The trailer of Shahid Kapoor and Kiara Advani starrer Kabir Singh has been getting some rave reviews since its launch. The launch event took place in Mumbai amongst hundreds of fans who were seen wearing symbolic goggles and T-shirts. The event was screened at 15 theatres in 15 different cities across India at the same time while each of these theatres was renamed as Kabir Singh Ka Theater for the day.

Directed by Sandeep Reddy Vanga, Shahid and Kiara’s chemistry has intrigued the audience for more. While the Shahid plays a self-destructive personality, his performance has been widely applauded in the trailer.

Producers are quite pleased with the response. Commenting on same Bhushan Kumar says; “It is indeed Shahid’s finest performance.” Murad Khetani adds, “It’s the most intense love story in recent times.” Ashwin Varde says; “Kabir Singh is not just a film, it’s an experience.”