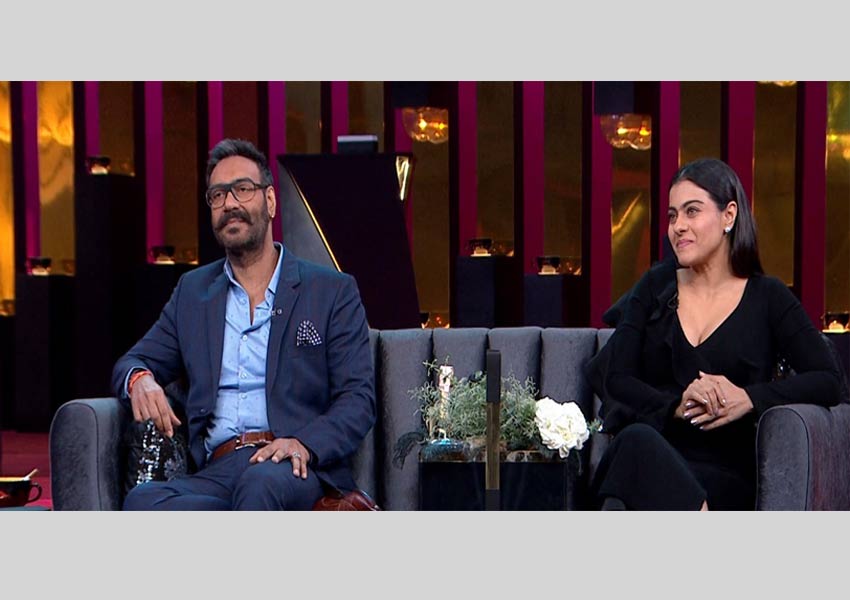 Power couple Ajay Devgan and Kajol were Karan’s guests for the 6th episode of Koffee with Karan. Formal introductions aside, Karan and Kajol pondered about the time they spent not talking to each other and how the whole thing should have been avoided.

The Rapid Fire round saw fireworks from both Ajay and Kajol! Ajay saying that the biggest lie said by everyone in the industry is that they love their wives which was met with a stern look by Kajol! Kajol on the other hand when asked, who is the most beautiful actress in Bollywood and without a second thought, she said that all of them are the same. It depends on who has the best doctor.

India’s longest running weekly episodic English show, Koffee with Karan is back for its 6th Season with Audi as its luxury partner. The winner of the best answer of the season will be gifted an Audi A5.