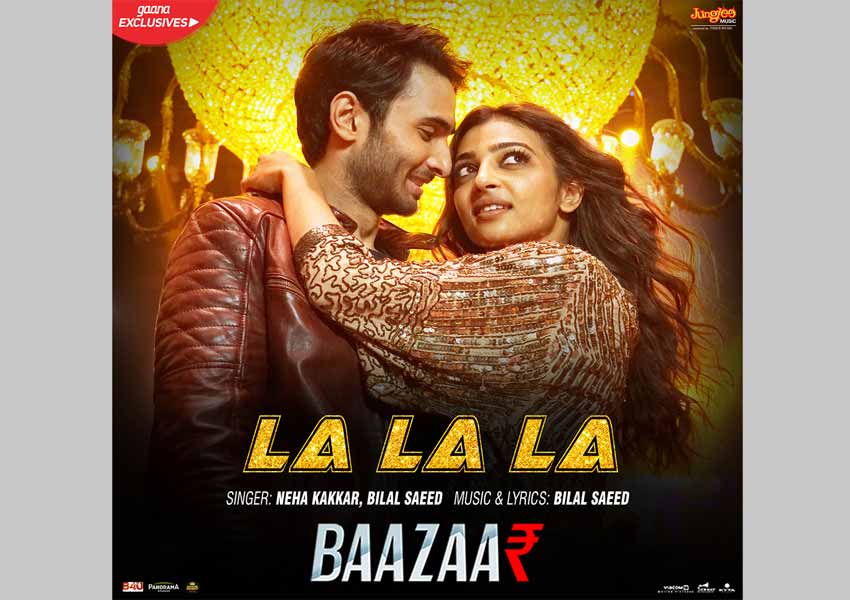 La La La is an out and out party anthem composed, penned and sung by Bilal Saeed along with the sensational Neha Kakkar. The sterling beats and tempo make it all the more interesting and adorable to listen. The video features the gorgeous  Radhika Apte with Rohan Mehra in their most sensuous avatars. It brings out the best of both the actors making the song the new “hot chartbuster’’ in the market!

On asking about the song, Neha Kakkar said, “I am extremely thrilled that my super hit single La La La composed by the talented Bilal Saeed will be a part of the Film Bazaar. The song is a hit with the youth and it always feels nice that the work you do is appreciated globally. Also, this is the second time that my song will feature in a Saif Ali Khan starrer film, really feeling great to be a part of this!’’

Neha Kakkar is a music sensation who rose to fame with Indian Idol season 2. She has an experience of singing in various genres, all of which have around 100 million + views on YouTube. She was nominated as the ‘Female Vocalist of The Year’ in Mirchi Music Awards (2017).

Bilal Saeed, on the other hand, is a famous singer-songwriter, music producer and composer. He has been nominated and awarded with prestigious music awards, including Brit Asia Music Award for Best Songwriter, Pakistani Music and Media Awards for Best Producer and Best  International Act.

‘La La La’  is Times Music’s exclusive release and is available on Gaana for everyone to enjoy!

Hear it on Gaana – here