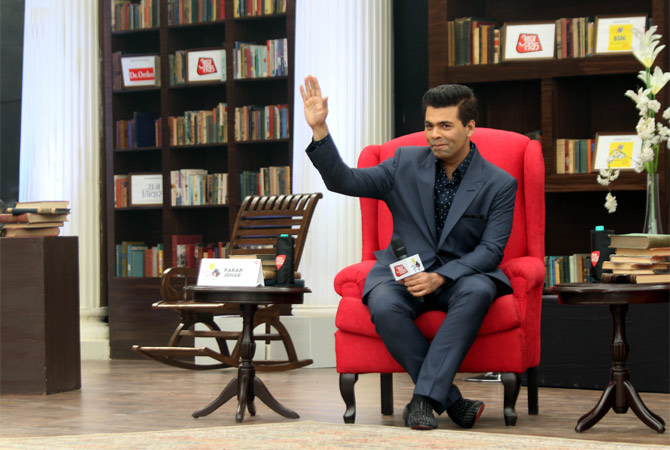 Karan Johar sent the grapevine into a tizzy with the explosive revelations made in his memoir, An Unsuitable Boy. At the Saahitya Aaj Tak event in Delhi today, Karan opened up about his much-talked-about book, whose title is a tongue-in-cheek reversal of the bestseller, A Suitable Boy. His journey may be seen as unsuitable, Karan Johar believes.

ON BEING A PARENT TO YASH AND ROOHI

Earlier this year, Karan became a parent to twins, Yash and Roohi, through surrogacy. “I wanted to take my life to second gear. I have always said ‘it’s all about loving your parents’, it’s time I became one,” the Ae Dil Hai Mushkil director said, adding that his life has changed for the better.

While the filmmaker’s son is named after his father, Yash Johar, his daughter Roohi’s name is an anagram of his mother Hiroo’s name. Karan said that he, his father and his mother were very strong as a family unit, and when his father passed away, it left a huge void in his life. When Karan’s son was born, no other name fit better. But he did not want his mother to feel left out, hence he named his daughter Roohi.

ON HIS FALLOUT WITH KAREENA KAPOOR KHAN AND KAJOL

In An Unsuitable Boy, he wrote about his fallouts with Kareena Kapoor Khan and Kajol. It is no secret that Karan’s friendship with Kareena soured because she asked for the same remuneration as Shah Rukh Khan when offered Kal Ho Naa Ho. They did not talk for a year, and the filmmaker now realises that it was all “childishness”. “She’s 10 years younger than me, I should have exercised restraint and realised that I was the one who was wrong,” he said. Thankfully, all is well between the two now.

Karan also fell out with his once-upon-a-time best friend Kajol, although they have now rekindled their friendship. “I don’t want to go into detail about what went wrong. I love her a lot. When we love someone that much, we also get hurt more,” he said. Talking about their renewed relationship, he called it the “2.0 version of our relationship” and said that he felt like they have gone back to the time they lost.

He also had developed a distance with Shah Rukh Khan, “but there’s not a single day that (they) stopped loving each other”, despite the ups and downs in their relationship.

ON MAKING FILMS ONLY ABOUT RICH PEOPLE

Karan has often been criticised for making films only about rich people and their lives, but he feels that he does not get enough credit when he tries to push the envelope. “I made My Name Is Khan, which is a very real story. Ae Dil Hai Mushkil had an unconventional ending. I made a short film in Bombay Talkies which showed homosexuality, but I never got credit for it. If my name was Karan Kashyap, and not Karan Johar, I would have got credit,” he said.

ON HIS SEXUAL ORIENTATION

There has been a lot of conjecture, to use Karan’s favourite word, about his sexual orientation. While he addressed the rumours in the book, he did not explicitly state his orientation, something he faced a lot of flak for. “That’s my right, I wished to express it the way I did,” he said, adding that he is proud of who he is.

He has been abused and called horrible names, but it no longer bothers Karan. “Trolling is my breakfast,” he said. What once bothered him has now become enjoyable to him, and in fact, he feels bad if he wakes up one morning and finds that he is not trolled.

If you haven’t been living under a rock, you know all about the Karan Johar vs Kangana Ranaut nepotism debate. While Kangana accused Karan of being the “flag-bearer of nepotism”, he begged to differ. At Saahitya Aaj Tak, Karan admitted that he was “a result of nepotism” – he got an opportunity to become a director only because his father was a producer.

“Yes, nepotism gives you easy access, but it’s true to most industries, whether you’re a businessman or a journalist. It’s very easy to make the film industry a soft target,” he said. He added that while nepotism gives easy access, it is one’s efforts which decide if they will be able to survive and succeed.

When asked if Shah Rukh Khan was the last superstar, he said that there was no doubt that SRK was a bona fide superstar. However, Karan hoped that he wouldn’t be the last. “I hope Shah Rukh Khan’s son, Aryan, becomes a superstar, not because he’s Shah Rukh’s son, but because he is a bundle of talent. I hope he can rise from the criticsm,” he said.

ON THE PADMAVATI CONTROVERSY

Sanjay Leela Bhansali’s Padmavati has been in the eye of a storm for its alleged distortion of history. Political groups have been raising slogans against the film, something that Karan Johar is no stranger to. From My Name Is Khan to Ae Dil Hai Mushkil, he has had run-ins with political parties.

About the Padmavati row, Karan said, “I feel very bad, I hope that he’s protected by people who understand that creativity is a form of expression. He has already clarified that there is no such scene, I watched his video. We should trust and believe that statement and give his film all the love.” 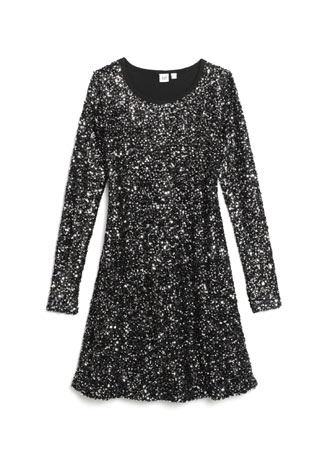