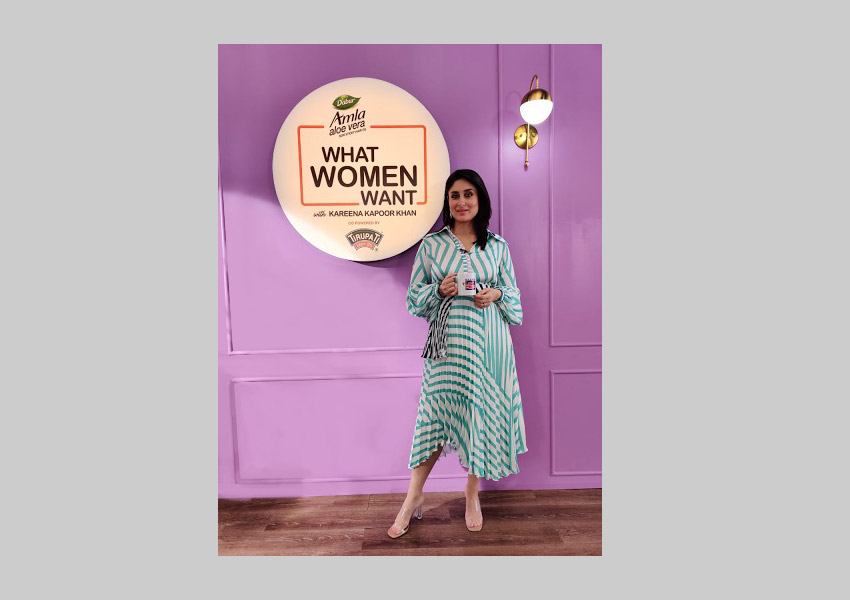 Kareena Kapoor Khan hosted show ‘What Women Want’ is coming to YouTube with its third season.

The women centric chat show that broke barriers by going beyond stereotypes and talking about crucial issues – frankly and wholeheartedly had received a huge response from the audience. Banking on that the show is going live Filmy Mirchi on both their YouTube and Radio Channel at 1pm on November 26.

This season will feature a distinguishing line-up of India’s favorite Bollywood stars like Varun Dhawan, Kiara Advani and Ananya Pandey, among several others.

With a plethora of offerings, Mirchi has always aimed to bring unlimited music and entertainment to its discerning consumers across platforms of consumption. In line with that ethos, one of its marquee shows, What Women Want, features an honest, insightful, fun and candid conversation between great personalities and the unabashed Kareena Kapoor Khan.

Commenting on the launch of season 3, Preeti Nihalani, Chief Revenue Officer, Mirchi says, “With an aim to entertain our consumers with exclusive content across platforms and formats, we launched the show, which grew to become one of India’s biggest digital celebrity shows with over 95 million views and more than 800 million impressions. We are happy to continue this journey in a digital-first avatar on Filmy Mirchi, with multi-media amplification. After a successful association with Dabur Amla Aloe Vera for the first two seasons, we are glad to continue this relationship for the third season as well. The third season is set to be a lot more hot, fun and engrossing providing perfect content marketing opportunity for the show sponsors.”

The show has a reputation of uninhibited tongue-in-cheek banter that dwells on real issues. This season they are taking it to a higher level with the next generations of stars dwelling on today’s woman issues.

In this season, the guests will get a chance to gruel Kareena with critical questions in the special  host named segment, Bebology.

Looking forward to resume her career as a talk show host, actor Kareena Kapoor Khan said, “I am overwhelmed by the response that ‘What Women Want’ has received over the last two years. It has been quite a journey – busting myths, breaking norms and challenging female stereotypes. This year, with the new normal, I am extremely intrigued to find out what today’s women truly want. I think this season, housed by Filmy Mirchi, is going to unearth some very interesting, compelling and fiery perspectives and thoughts from men and women alike, and I am really excited for it.”