Home Entertainment ‘There Is A Way To Be Good Again’: The Kite Runner Comes to Mumbai
Entertainment

‘There Is A Way To Be Good Again’: The Kite Runner Comes to Mumbai 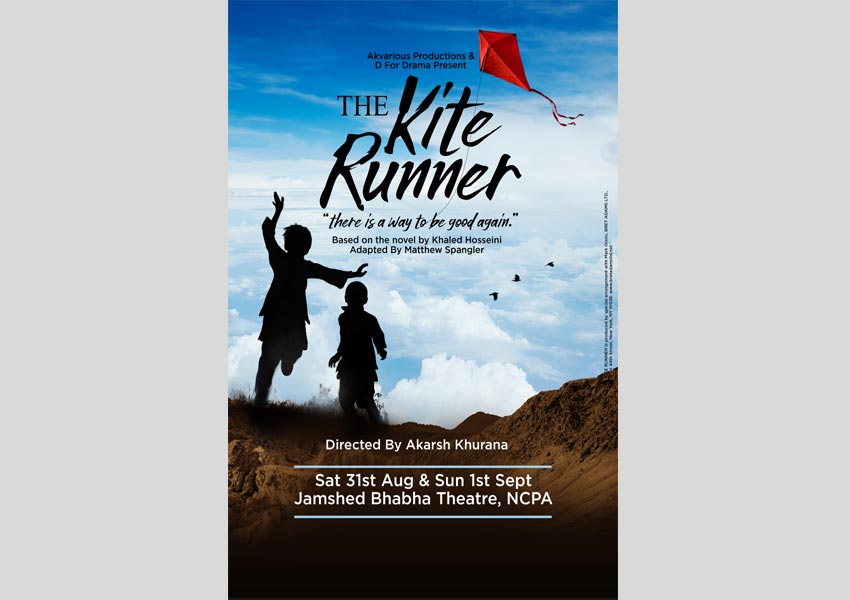 A gripping tale of love and friendship, betrayal and redemption, good and evil, juxtaposed against the turbulent backdrop of wartime Afghanistan – the Aditya Birla Group helmed theatre initiative, Aadyam, brings Khaled Hosseini’s powerful tale to theatres. The Kite Runner, directed by Akarsh Khurana who is known to don multiple hats as writer, producer, director and actor, will be showcased in Mumbai.

The 2003 international best-selling novel, by Afghan-American author Khaled Hosseini, narrates the emotional story of two friends, almost brothers and kite-flying experts, Amir and Hassan living in Kabul, Afghanistan. This unforgettable, soul-stirring story about friendship, abandonment, and a lifetime of seeking redemption for the mistakes committed as a young boy was also adapted for the screen in 2007 with direction by Marc Forster and screenplay by David Benioff.

Akarsh Khurana, director of this play says, “I didn’t start off as a fanboy of The Kite Runner. I liked the book, I liked the film, but it wasn’t till I read the play that I began to love it. I then revisited the book and the film, and found so much more to appreciate. I’ve always had an affinity for stories set in the Middle East or Western Asia. It’s culturally interesting, emotionally quite like India, and the conflict is inherent. It’s a challenging production, but a terrific tale, and I’m most excited about people with no prior knowledge of it watching it, and getting drawn into this epic story of friendship and love and the complexities of loss and guilt.”

Shernaz Patel, Artistic Director and spokesperson for Aadyam said, “Continuing our quest to bring great stories to Indian audiences, our second Aadyam play this season is the stage adaptation of Khaled Hosseini’s The Kite Runner, an international classic loved by millions. It is beautifully and heartbreakingly written, with memorable characters and dialogue that will stay with you way after the curtain comes down. Spanning countries and decades and cultures, it deals with powerful human emotions, the importance of family and the devastating effects of war. In the hands of Akarsh Khurana, one of Mumbai’s most loved and prolific directors, directing his first Aadyam play, this promises to be an unforgettable evening of theatre.”

Gauging by the resounding success of their first play this season, A Few Good Men, Aadyam knows how close theatre is to Mumbai’s heart and promises to keep coming back with such quality productions because, “for you, a thousand times over.”

The Kite Runner opens at the Jamshed Bhabha Theatre on August 31st 2019, tickets for which are available on Insider and Paytm.