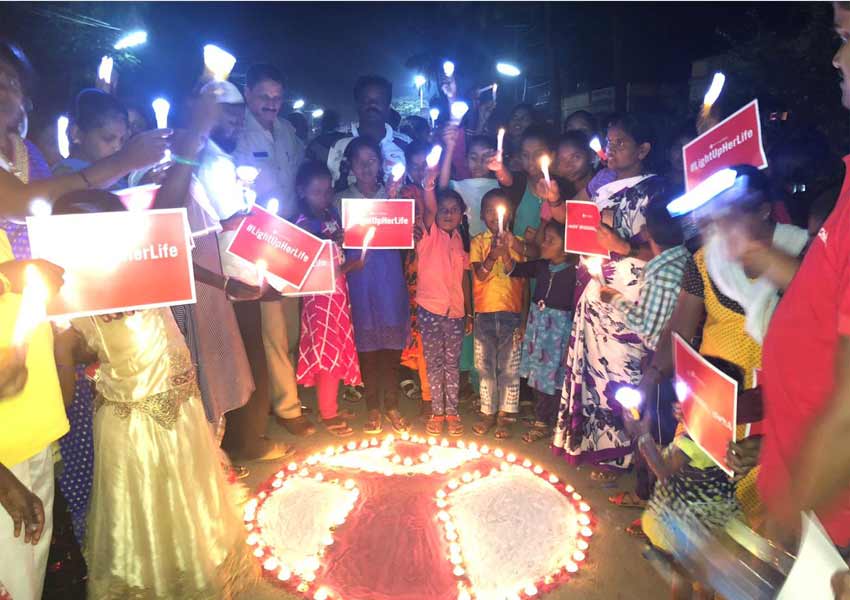 Popular Bollywood filmmaker and TV host Karan Johar’s latest laurel is the just released short film Girls Got Talent presented by Save the Children and created by Yuvaa as part of their #LightUpHerLife campaign. Karan Johar lends his voice and makes an appearance along with youth icon and actor Mithila Palkar, who plays the lead.

In the film, Karan Johar urges people across India to join this movement in numbers to take steps to change the landscape of our cities, alleys and neighborhoods by identifying unlit places and sharing them on social media using the hashtag #LightUpHerLife. He also calls upon people to move away from being bystanders and become changemakers to ensure that girls feel safe, by overcoming the fear of such streets and reclaiming open spaces.

Talking about his association with the film and the campaign, Karan Johar said:“The girls of our country are extremely talented and are recognised for it across all professional fields. But there is one more field that they are unfortunately ‘talented’ in – and that is managing their own safety. While we salute them for this, we must acknowledge that safety isn’t a talent, it’s a social responsibility. And it’s high time that we all take this responsibility for the safety of women.

I am proud to be a part of the brilliant #LightUpHerLife campaign by Save the Children and Yuvaa to not only raise awareness about this issue but also to identify areas that can be made secure for our girls.”

Actor Mithila Palkar, who walked the dark Mumbai streets in the night, stated: “As a woman, shooting for this film was an extremely surreal and personal experience. I felt the palpable fear women universally feel walking down an unlit street or taking public transport. I’d really like to request everyone to join this amazing initiative by Save the Children and Yuvaa to #LightUpHerLife and urge the govermnent to make public spaces safer for women so we can reclaim our right to safety and freedom.”

The film, launched during the 16 Days of Activism to End Violence Against Women and Girls (25 Nov – 10 Dec), showcases fear of sexual assault and harassment a girl faces in unlit public spaces. It is based on Save the Children’s report: ‘World of India’s Girls 2018 – A Study on the Perception of Girl Safety in India’s Public Spaces’, which states that 6 out of 10 girls feel unsafe in public spaces with inadequate lighting.

Speaking about the campaign, Pragya Vats, Head, Campaigns, Save the Children added, “Being a girl in India is synonymous with fear – a fear that lurks in dark alleys, unlit lanes and secluded public spaces. We need to heighten awareness among men and women, to ensure that collective action is taken by all to make our country safe for girls and women. The issue of girls’ safety is not new. But the fact that the fear continues to haunt women and girls even today means we must unify our voice – take and demand action.”

“Safety in public space is critical to unlock the potential of girls that in the name of safety gets denied. Whether the perception of safety leads to her not going to school or becoming a child bride. The campaign, #LightUpHerLife truly aims to claim equal rights for girls, to begin with by making India lit to make her feel safe.”

Nikhil Taneja, CEO and co-founder of Yuvaa said: “As one of India’s only purpose-driven youth content companies, Yuvaa is proud of its association with Save the Children on perhaps the most critical issue that faces young Indian women: safety in public spaces. Over the last two months, based on the STC report and the insight from our pan-India youth research, Yuvaa created multiple social content pieces about gender safety, that went viral organically, garnering a reach in Lakhs, proving to us how relevant and resonant this conversation is to today’s youth. With our film, Girls Got Talent, we aim to harness the power of content to further amplify this conversation to the millions of young Indians fighting for change, and hope to join hands with them to #LightUpHerLife.”

The campaign #LightUpHerLife got off to a flying start with organisations including Girl Rising, Breakthrough, Youth Ki Awaaz, Red Dot Foundation, UN Volunteers India, The Swaddle and others;  influencers such as Save the Children Artist Ambassadors Dia Mirza and Twinkle Khanna, coming together in one voice to amplify the agenda of Girls’ Safety. The film also ties back to the UN Sustainable Development Goals, as it is in support of SDG 5, i.e., ‘Gender Equality’.