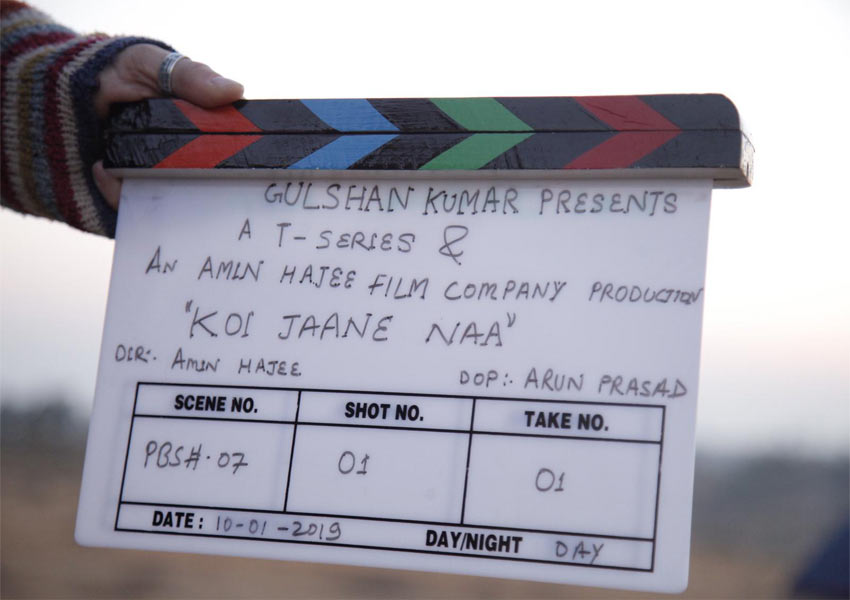 After his stint as an actor and screenplay writer, Amin Hajee finally dons the director’s hat with Koi Jaane Naa. The psychological thriller, produced by Bhushan Kumar’s T-Series, went on floors last weekend and will continue in Panchgani.

Talking about his directorial debut, Amin says, “Ever since I can remember I have always wanted to direct my own film, right from when I assisted Mazhar Khan on Gang in 1988, which was a life changing experience. But then I began a journey of dancing and acting, a journey I loved, but the best thing that happened to me was when I got signed for Swades by Ashutosh Gowarikar and Aamir Khan Productions. Aamir and Ashutosh have been instrumental throughout my journey in films, in pushing me to achieve much more than I thought possible, their belief in me has driven me forward. After seeing Swades the creative satisfaction I felt was immense. I realised that directing a movie you have written and envisaged is the Highest of Highs you can feel in the world of films. So I continued to write and joined Vikram Bhatt in writing horror and thrillers which I enjoyed immensely and learned so much about script writing. After the success of Haunted and 1920 Evil Returns I decided to take a break and write my own script. This is when Koi Jaane Naa happened.”

Talking of how the film happened, Amin adds, “It was an idea that spawned from a short story I read. Whoever heard it loved it. I narrated the story to both Aamir and Ashutosh and both of them told me that I should debut as a director with this script. I have waited for six years from getting their approval to finding a producer. But it was worth waiting for. I believe I have the perfect producer in T-Series. They were very excited when they heard the script as I have seven songs in the film. And each song is like a scene that takes the story forward, every song has its own purpose and meaning and this was very exciting for T-Series. I am so excited for this film as T Series and Bhushanji have been so supportive and given me the best possible music I could have ever dreamed of. Fitting every situation perfectly, from yester years hits I to original scores all of which are superb! Koi Jaane Naa is a psychological thriller which is going to keep the audiences on edge, it’s going to keep them guessing and I hope it’s going to be an all-round entertainer!”

The first time director who has already started shooting with the lead cast Kunal Kapoor and Amyra Dastur says Koi Jaane Naa is going to be a roller coaster film, with an excellent supporting cast. The film also stars Aditi Gowitrikar, Raj Zutshi and others.

The film will release on 11th October this year.